The United Kingdom has officially kicked off the process of ‘Brexit,’ almost nine months to the date after the country’s momentous vote to leave the European Union.

British Prime Minister Theresa May formally notified the E.U. of her country’s desire to leave the bloc on Wednesday, setting in motion an unpredictable and fiercely complicated set of negotiations over the terms of departure and what comes after.

In a letter to European Council President Donald Tusk, hand-delivered by Britain’s ambassador to the European Union Tim Barrow, May invoked “Article 50” of the Lisbon Treaty, the mechanism for departing the bloc. The article allows for a two-year period of negotiations over the terms of withdrawal, putting the U.K. on track to formally leave the E.U. in late March 2019.

The letter sets out what the country seeks to obtain from the talks — broadly, new free-trade and customs agreements, with the ability for the U.K. to set its own controls on migration. May also set out her priorities to lawmakers in the House of Commons on Wednesday afternoon.

“Today, the government acts on the democratic will of the British people,” she said. “I want the U.K. to emerge stronger, fairer, more united and more outward looking.” She added that there would be “consequences” ahead, but said Britain would not reject the “liberal democratic values of Europe.”

Tusk expressed his sadness over Britain leaving at a Brussels’ press conference. “There is nothing to win in this process and I am talking about both sides. In essence, this about damage control” the Polish politician said minutes after May’s speech. “We already miss you. Thank you and goodbye.”

The E.U. will be unlikely to give the U.K. everything it desires without concessions, and the negotiations ahead will undoubtedly be bitter and protracted. Few think a comprehensive agreement on trade, migration, and customs will be agreed within two years; leaders in Europe believe it could take a decade to resolve.

Read next: 42 Questions on Brexit That Need Answering

Voters in the United Kingdom elected to leave the European Union on June 23, 2016, in a shock result which few pundits believed possible and despite the best efforts of then Prime Minister David Cameron and the majority of British lawmakers to convince them to remain. Cameron tendered his resignation shortly afterwards, and May emerged as his successor in July.

Ever since, Britain has been grappling with what the reality of departure might mean. May announced in January her government would pursue a clean break from the E.U. — a so-called “hard Brexit” — giving up access to the E.U’s single market in order to regain control over the country’s borders. Lawmakers who wanted a softer Brexit, where the U.K. maintained much of the status quo with the E.U., are in a minority, as are those who wish to reverse the process completely.

The triggering of Article 50 offers a rare milestone in what has been and will continue to be an opaque and complex process. No matter what the next two years holds, Britain has now begun its journey out of the European Union. What its destination looks like is yet to be decided. 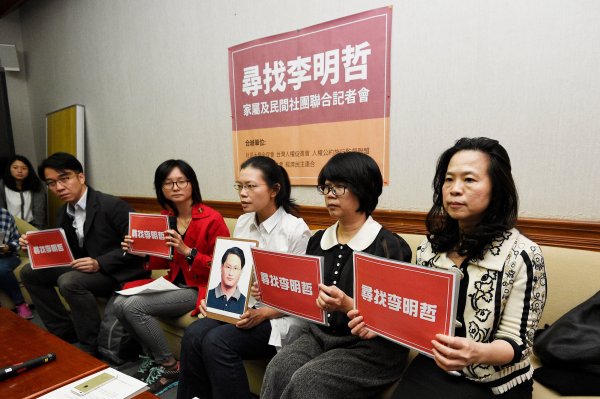