Maxine Waters to Bill O'Reilly: 'I’m a Strong Black Woman and I Cannot Be Intimidated'

California Congresswoman Maxine Waters hit back at Fox News host Bill O’Reilly Tuesday evening after the right-wing commentator said her hair looked like a “James Brown wig” as she delivered a political speech.

“I’m a strong black woman and I cannot be intimidated. I cannot be undermined,” Waters said in an interview on MSNBC’s All In program with Chris Hayes.

“I’d like to say to women everywhere: don’t allow these right-wing talking heads, these dishonorable people to intimidate you or scare you,” she continued. “Be who you are, do what you do, and let us get on with discussing the real issues of this country.”

Waters said that when a woman “stands up and speaks truth to power” there will be “attempts to put her down,” before adding, “I am not going to be put down, I am not going anywhere. I am going to stay on the issues.”

The long-time Democratic Calif. Representative also questioned the credibility of O’Reilly and Fox News founder Roger Ailes who, she noted, “have been sued by women” for sexual harassment.

O’Reilly’s comments — which were slammed as racist and sexist on social media — came during Tuesday morning’s Fox & Friends. The show’s hosts aired a clip of Waters denouncing President Donald Trump in a speech, to which O’Reilly responded: “I didn’t hear a word she said. I was looking at the James Brown wig. If we have a picture, it’s the same one.”

In a statement sent to TIME’s Motto, O’Reilly apologized for his comments. “As I have said many times, I respect Congresswoman Maxine Waters for being sincere in her beliefs. I said that again today on Fox & Friends calling her ‘old school,’” he said. “Unfortunately, I also made a jest about her hair which was dumb. I apologize.” 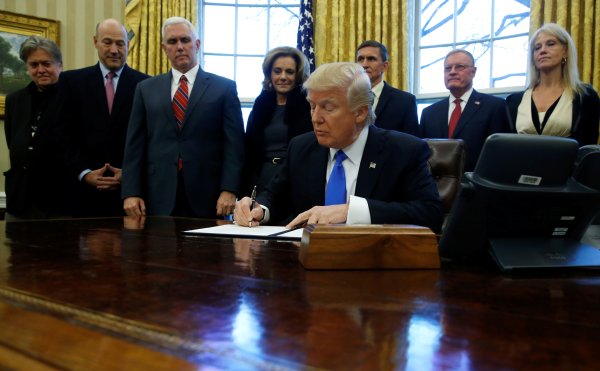