Stockman, 60, and his former congressional aide, Jason Posey, 46, were charged with soliciting more than a $1 million under false pretenses to pay for campaigns and personal expenses, according to the Houston Chronicle. Altogether, Stockman and Posey were charged with 28 criminal counts, including mail and wire fraud, conspiracy, making false statements to the Federal Election Commission, making excessive campaign contributions and money laundering, the Chronicle reports.

“The indictment returned by the grand jury today is a significant case alleging serious violations involving use of official positions for personal gain. Violations of the public trust will not be tolerated,”Acting U.S. Attorney Abe Martinez said in a statement.

Stockman was arrested earlier this month as he tried to board a plane for the United Arab Emirates.

The former Congressman served two terms in the House before losing a Senate race in the 2014 primary to incumbent Sen. John Cornyn. 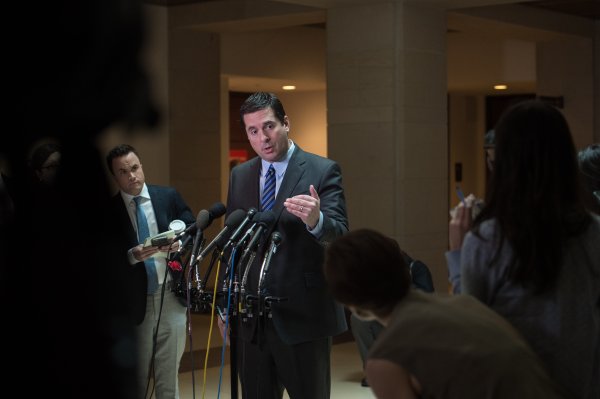 7 Things to Know About House Intelligence Chairman Devin Nunes
Next Up: Editor's Pick