A new picture book will depict Santa as a gay man in an interracial relationship, publisher Harper Design confirmed Tuesday.

The book, Santa’s Husband, goes on sale Oct. 10 and tells the story of a black Santa Claus and his white husband who both live in the North Pole. Santa’s spouse frequently fills in for his husband at malls, according to a description of the book Harper Design provided to TIME.

Daniel Kibblesmith, who is a staff writer for The Late Show with Stephen Colbert and co-author of How to Win at Everything, penned the parody children’s book after tweeting in December that he would only tell his future child Santa was black. “If they see a white one, we’ll say ‘That’s his husband,’” Kibblesmith wrote.

Harper Design said the book is meant for all ages. 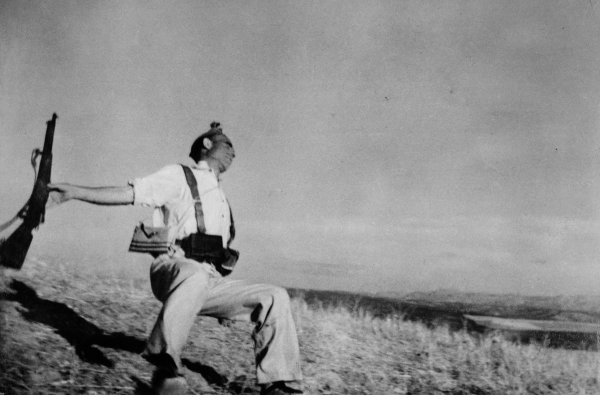 The Incredible Journey of Thousands of Lost Robert Capa Negatives
Next Up: Editor's Pick