Heroin Use Is Spiking Among White Americans

The U.S. is in the throes of an opioid epidemic, with 91 people dying every day from an overdose on opioids like prescription painkillers or heroin. A new study reports that heroin use across the country has increased substantially since 2001, and the largest spikes have been among white Americans. Prescription painkiller abuse may be playing a role in heroin’s growing popularity.

In the report, researchers looked at national surveys taken from 2001-2002 and 2012-2013 and found that heroin use increased five-fold during that time. The number of people with a heroin use disorder tripled. They also found that the use of heroin among white Americans increased from 0.34% in the earlier years to 1.90% in the later years. It increased among non-whites, too, but to a lesser extent: 0.32% in 2001-2002 and 1.05% in 2012-2013. (The researchers say the real numbers may not be exact, since the surveys did not include people who are homeless or incarcerated.)

Physicians have played a large role in perpetuating the epidemic, writes Bertha Madras, a professor of psychobiology at Harvard Medical School, in a corresponding editorial. Over the last two decades, doctors’ prescriptions of opioids for chronic pain tripled. “This shift in practice norms was fueled by an acceptance of low-quality evidence that opioids are a relatively benign remedy for managing chronic pain,” she writes. “These vast opioid supplies created a risk for diversion, opioid misuse and disorder, and overdose death.”

People who are addicted to prescription painkillers are 40 times more likely to use or be addicted to heroin, according to the Centers for Disease Control and Prevention (CDC). They may switch to heroin because it is cheaper and doesn’t require a prescription.

The current study only looked at rates of use for heroin, but other evidence shows that deaths are also increasing. From 2000 to 2015, overdose deaths related to heroin use have more than quadrupled in the United States, according to the CDC. 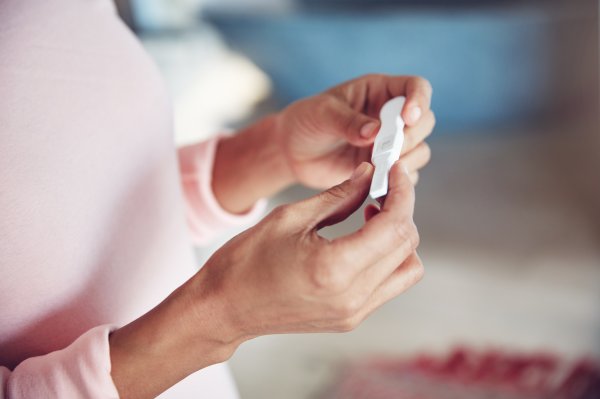 You Asked: Do Ovulation Kits Really Help You Get Pregnant?
Next Up: Editor's Pick