House Intelligence Chairman Devin Nunes is under fire over his handling of the investigation into Russian meddling in the 2016 presidential election.

The California Republican acknowledged Monday that he met an unnamed source and reviewed intelligence reports at the White House complex before making public statements that associates of President Trump were caught up in “incidental” surveillance.

The intelligence committee’s ranking Democrat, Rep. Adam Schiff, and Democratic leaders of the House and Senate have called on Nunes to recuse himself from the Russia probe, though he and Speaker Paul Ryan have dismissed the idea.

Here are seven things you need to know about Devin Nunes.

His name is pronounced ‘NEW-ness.’

TV pundits keep pronouncing Nunes’ last name, which is of Portuguese origin, as “noon-YEZ.” But a pronunciation guide for Congress from CQ Roll Call notes it is pronounced “NEW-ness.”

He was not a vocal Trump supporter during the election.

Nunes stayed neutral during the Republican presidential primary. After Trump became the nominee, he said that he supported his party’s nominee without using his name. But according to Politico, he made a standing offer to brief Republican hopefuls on national security issues which the Trump campaign took up in March of 2016. In that role, “grew close with retired Army Lt. Gen. Michael Flynn,” who later was tapped as Trump’s first national security adviser, Politico reported. Trump later fired Flynn for misleading Vice President Mike Pence about whether he discussed sanctions with the Russian ambassador.

But he was part of the Trump transition team.

After the election, Nunes was named to the executive committee leading Trump’s transition team, giving recommendations on national security picks, including then-Rep. Mike Pompeo as CIA director. “Now that I’m on the executive committee, my phone is ringing off the hook from all over the country — people who know me are sending their résumés,” Nunes said.

He went to the White House grounds under mysterious circumstances.

In early March, Trump tweeted without evidence that former President Obama “had my ‘wires tapped’ in Trump Tower” before the election, drawing weeks of criticism. On March 20, FBI Director James Comey testified before the House Intelligence Committee that the FBI and the Department of Justice have “no information to support” Trump’s tweets. The next day, Nunes went to the Eisenhower Executive Office Building next to the White House to meet with an unnamed source who showed him documents related to U.S. intelligence surveillance. The day after that, Nunes held a press conference to announce that the intelligence community had inadvertently surveilled people involved in the transition, then went to the White House to brief Trump on his findings.

He later said it was simply a convenient location.

In an interview with Bloomberg columnist Eli Lake this week, Nunes said he met with his source on the White House grounds because he needed a secure location with a computer that can access the system that stores the reports. “We don’t have networked access to these kinds of reports in Congress,” he said. He also said that his source was an intelligence official and not a White House staffer. Nunes told CNN that neither the President nor his team knew he was there, although a former White House official said he would have needed to be cleared and escorted into the building by a staffer.

Nunes says the surveillance was legal, but he has concerns.

Intelligence agencies often spy on foreign nationals who talk with U.S. citizens. When this so-called “incidental surveillance” involves a U.S. citizen, intelligence officials are supposed to “mask” their identities in government reports. Nunes told CNN most of the names in the documents he viewed were masked but he has concerns about the ones that were unmasked, as well as how widely the surveillance findings were later shared within the government.

After Nunes’ press conference, Trump said he felt “somewhat” vindicated about his wiretapping tweets. But Nunes has long said that he does not think that Obama had Trump’s wires tapped, a view he repeated even after reviewing the documents at the Eisenhower office building. “That never happened,” he said. 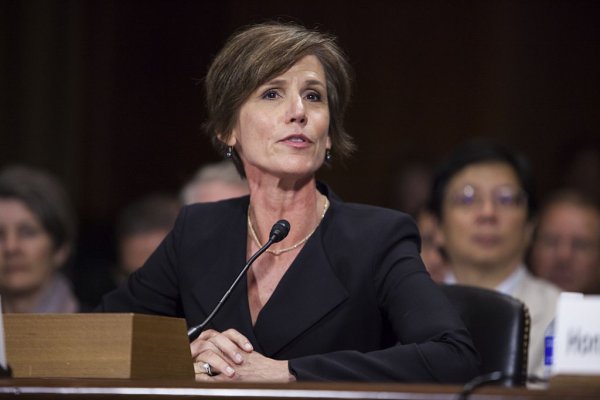 White House Sought to Stop Sally Yates From Testifying
Next Up: Editor's Pick