Now this is the story all about how… The Fresh Prince of Bel-Air cast reunited!

Alfonso Ribeiro, who played Carlton Banks on the ’90s classic, shared an Instagram photo of the Banks family and their quirky Philadelphia cousin. “Always amazing to spend an afternoon with my Fresh Prince family,” Ribeiro, 45, wrote in the caption.

For the photo, Ribeiro stood in between on-screen sisters Tatyana Ali and Karyn Parsons, who posed next to the fresh prince himself, Will Smith. Rounding out the group were Daphne Maxwell Reid and Joseph Marcell a.k.a. everyone’s favorite butler Geoffrey.

Noticeably missing was actor James Avery who played Uncle Phil. “Wishing that James Avery was still with us to make this complete,” Ribeiro concluded his post. Avery died from complications during open heart surgery in December 2013 at the age of 68.

In May 2016, Fresh Prince celebrated its 20th anniversary since the series finale aired. Most recently, Smith unknowingly gave fans a major Bel-Air throwback when many social media users noticed that he resembled Uncle Phil in his recent bungee jumping video.

The actor made a surprise visit to Zimbabwe’s Victoria Falls while on vacation in Africa and fulfilled what he said was a 20-year dream to bungee jump off the bridge. 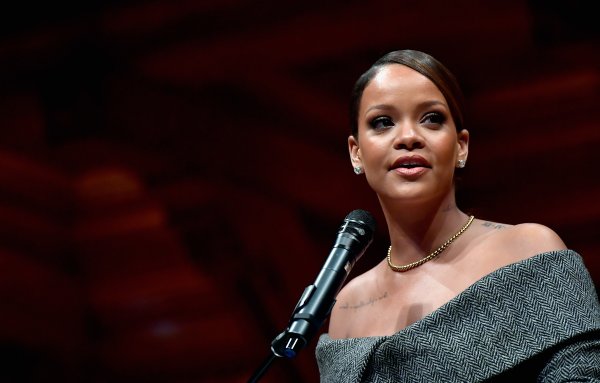 Rihanna Will Be Honored at Parsons School of Design Benefit Like the Icon She Is
Next Up: Editor's Pick