Floral tributes to the victims of the March 22 terror attack are seen on outside the Houses of Parliament in Westminster, central London, on March 27, 2017
Justin Tasllis—AFP/Getty Images
By Joseph Hincks

Rohey Hydara, the wife of London attacker Khalid Masood, has issued a statement condemning her husband’s actions and offering condolences to the families of his victims.

“I am saddened and shocked by what Khalid has done. I totally condemn his actions. I express my condolences to the families of the victims that have died, and wish a speedy recovery to all the injured,” Hydara said in a statement issued through the Metropolitan Police, the Guardian reports.

“I would like to request privacy for our family, especially the children, at this difficult time,” she added.

Hydara’s statement follows recent condemnation of Masood’s actions by his mother Janet Ajao, who said Monday that she had “shed many tears” for the victims.

British counterterrorism officials have said that while Masood’s methods echoed the rhetoric of Islamic State leaders and he had a clear “interest in jihad,” there is no evidence that he had ties to international terrorist groups or discussed the planning of his attack with others. 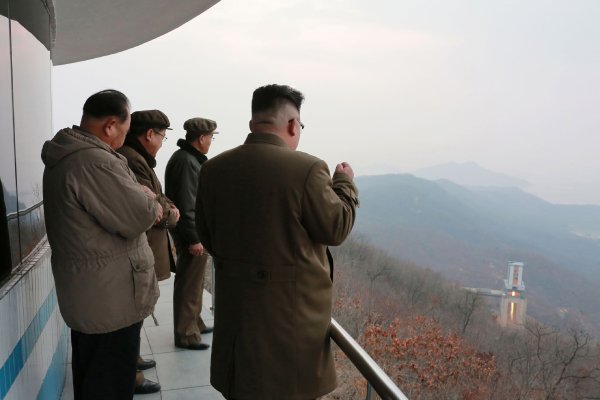 North Korea Has Carried Out Another Rocket Engine Test
Next Up: Editor's Pick