Police officers move floral tributes from outside the Houses of Parliament to Parliament Square after the March 22, 2017, attack on Westminster in London
Jack Taylor—Getty Images
By Alana Abramson

The mother of Khalid Masood, the man who police said is responsible for the March 22 attack on Westminster in London, said she is devastated over her son’s actions.

“I wish to make it absolutely clear, so there can be no doubt, I do not condone his actions nor support the beliefs he held that led to him committing this atrocity,” said Masood’s mother Janet Ajao, the BBC reports.

Ajao also said she had “shed many tears” for the victims, and thanked her community and family for supporting her during this difficult time.

Masood drove a car into pedestrians on the Westminster Bridge, before fatally stabbing a police officer, who shot him before he could enter Parliament.

Five people died in the attack, including Masood and police officer Keith Palmer. 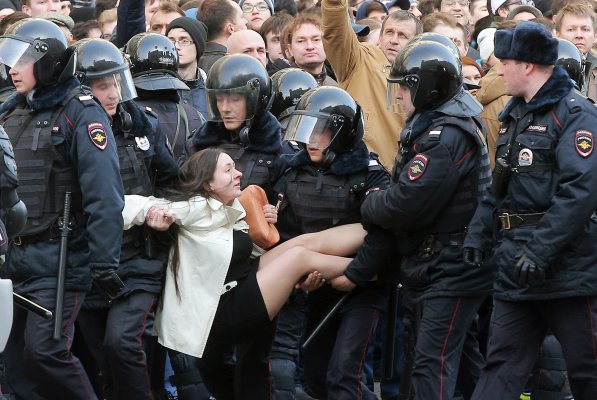 Behind the Striking Viral Photo From the Russian Protests
Next Up: Editor's Pick