Governor and former Republican presidential nominee Mitt Romney would have accepted a role in President Donald Trump’s cabinet if he’d been asked, his wife Ann said in a recent interview.

Speaking to NBC‘s Today Show, Ann said she and Mitt were “seriously considering” the position of Secretary of State. Ann was on the program to discuss her new book, In This Together: My Story, about her battle with multiple sclerosis. The 2012 presidential candidate was publicly courted by Trump for the position, but he ultimately offered it to former Exxon Mobil CEO Rex Tillerson.

“I think he was very seriously being considered,” Romney said Monday. “And so for Mitt to have been able to shape foreign affairs, I think would have been a very significant role for him and I know he would have accepted it if he had been asked.”

After the position went to Tillerson, Romney said he was grateful to have been in the running in a Facebook post.

The whole ordeal stood in sharp contrast to the two Republicans’ interactions during the 2016 campaign. Romney was a fierce critic of Trump, calling him a “con man, a phony, and a fraud” in a highly publicized speech. Then a candidate, Trump fired back calling the speech “irrelevant” and Romney a “failed candidate.” 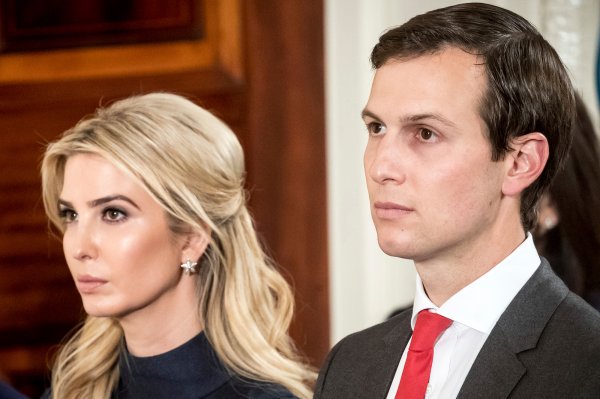 Jared Kushner Will Testify on Russia Ties
Next Up: Editor's Pick