9 Sleep Habits From Around the World

Whenever you travel to a new country, you’re likely to encounter different cultures and traditions—not just in food and nightlife, but in sleep, too. Here are 10 quirky sleep habits from around the world.

The Spanish tradition of an afternoon nap dates back thousands of years, according to the National Sleep Foundation. Historians believe it originated to give farmers time to rest and restore energy in hot climates, but now Spain, Italy and other European countries use the midday pause to go home, eat a leisurely lunch with family and often nap. Early afternoon is a time when many people’s bodies naturally get tired, so some sleep experts have recommended siestas for people in other countries as well.

The United Kingdom has a preference for sleeping naked, according to a study from the National Sleep Foundation. Nearly one third of Britons said they sleep most nights with no clothing on, a much higher percentage than any other country surveyed.

In the United States, people often sleep with their pets. More than three in five Americans own at least one pet, according to a 2015 Harris Poll, and 71% of those people let their pets sleep in bed with them at least occasionally. This bedtime ritual may disturb the sleep of some pet owners. But when Mayo Clinic researchers surveyed pet owners, people said that sleeping with pets provided warmth, happiness and relaxation, all of which should help with a good night’s sleep.

In Scandinavian countries including Norway and Sweden, parents often leave their babies outdoors to nap, even in the middle of winter. It’s common to see infants parked in strollers outside a store while parents are indoors eating or shopping, according to the BBC. Parents believe the fresh air is good for their kids and that being outside will help keep young children from getting sick. Many day care centers and pre-schools hold nap time outside to give babies this exposure.

MORE: Is It Bad To Be Inside All Day?

In Mexico, meditation or prayer are common before bed. In a 2013 survey by the National Sleep Foundation study, 62% of Mexicans said they prayed or meditated in the hour before going to sleep. Unlike watching TV or looking at electronics, which can actually make it harder to drift off, the quietness of prayer or meditation can help induce sleepiness.

Many Europeans don’t use a top sheet and instead sleep on a fitted sheet, underneath a comforter or duvet. (The duvet has its own cover, which can be taken off and washed just like sheets.) This method avoids excess layers in the summer while still keeping sleepers warm in the winter.

While American parents typically put their kids to bed early in the evening so they can get some alone time, Argentine parents are much more likely to involve children in evening activities. Dinner doesn’t happen until at least 9 p.m. so children often stay up until 10 p.m., or even later for celebrations or holidays, according to Mei-Ling Hopgood’s global parenting book, How Eskimos Keep Their Babies Warm. After staying up so late, kids often sleep in later than they do in America, so they’re not missing out on too many sleep.

The Japanese practice of inemuri, or sleeping while present, allows people to multitask, according to the New York Times. Dozing is sometimes done on a park bench or a commuter train, at a dinner party or even during a meeting at work. In a culture that values diligence, napping in public is taken as a sign that a person is tired from working hard but still wants to participate in their current situation.

The indigenous people of Guatemala’s highlands create “worry dolls” to help them sleep. Pieces of wood or wire make up the doll frame, and artists add yarn and woven fabric to give the dolls traditional Mayan costumes. According to Mayan legend, someone whose worries prevent them from sleeping should tell their concerns to as many dolls as necessary. Then they put the dolls under their pillow, and the dolls take over worrying so the person can sleep soundly and wake up unburdened in the morning. 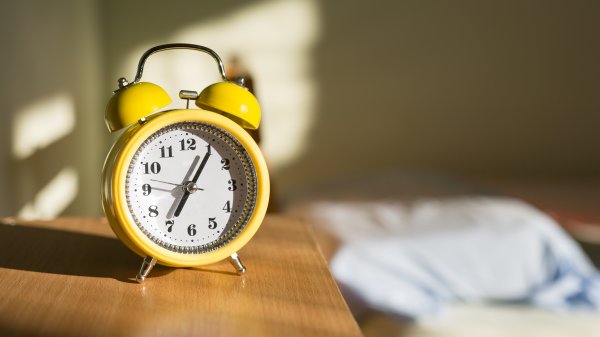 The Number-One Thing You Can Do for Better Sleep
Next Up: Editor's Pick