Thursday marks the 50th anniversary of the taking of the famous photo that would grace the cover of the album that features tracks such as “When I’m Sixty Four,” “With a Little Help From My Friends,” “Lucy in the Sky with Diamonds.” The album — which took a little over three months to produce, over four to six sessions a week — sold 2.5 million copies in its first three months, TIME reported in a 1967 cover story, after it hit record stores on June 1, 1967.

The album cover featured a Pop-Edwardian design by English Painter Peter Blake and his wife Jann Haworth, with a star-studded crowd — including eight Beatles — gathered around a grave.

“Eight? Well, four of them, standing around looking like wax dummies, are indeed wax models of the Beatles as most people remember them: nicely brushed long hair, dark suits, faces like sassy choirboys,” TIME observed. “The other four Beatles are very much alive: thin, hippie-looking, mustachioed, bedecked in bright, bizarre uniforms. Though their expressions seem subdued, their eyes glint with a new awareness tinged with a little of the old mischief. As for the grave in the foreground: it has THE BEATLES spelled out in flowers trimmed with marijuana plants.”

“To help us get into the character of Sgt. Pepper’s band, we started to think about who our heroes might be,” Paul McCartney later reflected, when the band members and their colleagues’ reflections on how the fantastic image came about were brought together in The Beatles Anthology. “It got to be anyone we liked.”

Record manager Neil Aspinall went to different libraries to get prints of those people, which Blake blew up and tinted to construct a collage.

“We went for bright, psychedelic colours, a bit like the fluorescent socks you used to get in the Fifties (they came in very pink very turquoise, or very yellow),” McCartney said in the book. “At the back of our minds, I think the plan was to have garish uniforms which would actually go against the idea of uniform.”

The only figure the band liked who got didn’t make the final version of the photo was Gandhi, because EMI record label executives worried that the depiction would be perceived as sacrilegious. So a palm frond replaced the image of him sitting under a palm tree.

The label was also worried that the celebrities would object to the use of their images on the cover and sue, so each celebrity was contacted for permission. The only one who didn’t give it was Leo Gorcey of the Bowery Boys, who wanted to be paid $500.

In this case, judging something by its cover is accurate. “With characteristic self-mockery, the Beatles are proclaiming that they have snuffed out their old selves to make room for the new Beatles incarnate, and there is some truth to it. ” TIME declared in its Sep. 22, 1967, cover story on how the rock band was revolutionizing pop music. “Without having lost any of the genial anarchism with which they helped revolutionize the life style of young people in Britain, Europe and the U.S., they have moved on to a higher artistic plateau.” 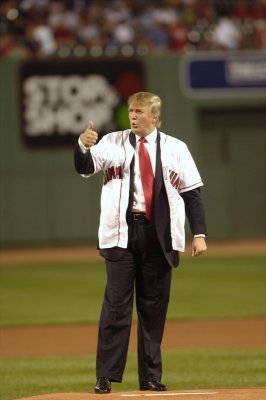