Republican lawmakers on Friday pulled the health care reform bill they had presented as a replacement for the Affordable Care Act, abandoning the plan after it became clear they lacked the votes for it to pass.

“Obamacare is the law of the land. It’s going to remain the law of the land until it’s replaced,” Republican House Speaker Paul Ryan said at a press conference Friday afternoon, admitting that Republicans had —at least temporarily — tabled their long-held campaign promise to repeal and replace the healthcare law. “We’re going to be living with Obamacare for the foreseeable future.”

Ryan affirmed his support for the failed bill, calling it a “dramatic improvement in our healthcare system,” but he said that, lacking consensus, he felt the best step was to withdraw the bill and figure out what else could be done.

“This is a setback — no two ways about it — but it is not the end of this story,” Ryan said.

Ryan visited the White House on Friday to tell Trump he lacked the votes to pass the controversial bill, which faced opposition from Democrats as well as many Republicans and health organizations. Trump issued an ultimatum to Republicans on Thursday, warning that they needed to pass their healthcare plan now or he would move on to other policy priorities.

“We just pulled it,” Trump said in a telephone interview Friday with the Washington Post, adding that he didn’t blame Ryan. In an interview with the New York Times, Trump faulted Democrats for the bill’s failure.

Trump said he expects Democrats will seek a healthcare reform deal within a year when “Obamacare explodes” because of higher premiums, according to the Times.

At Friday’s press conference, Ryan issued a similar warning. “What’s really troubling is the worst is yet to come with Obamacare,” he said.

But Democratic House Minority Leader Nancy Pelosi hailed the announcement as “a victory for the American people.”

Asked whether the healthcare failure is a sign of future problems awaiting the Republican Party, Ryan said he was confident Republicans would be able to generate consensus around other issues in their agenda, specifically identifying border security, military strength and tax reform.

“Yes, this does make tax reform more difficult, but it does not make it impossible,” he said. 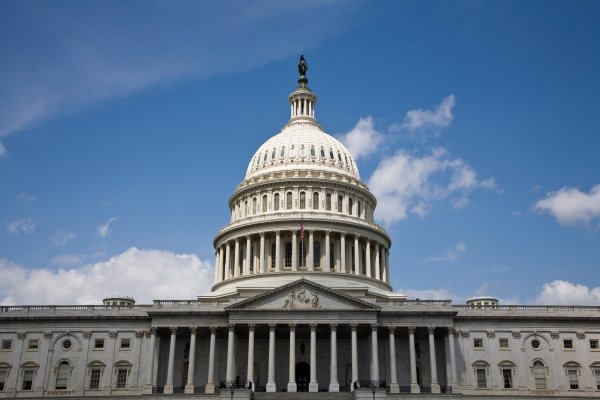 One Reason Health Care Is So Tricky: Everything Involved Is Unpopular
Next Up: Editor's Pick