On Monday, House Republicans introduced the “manager’s amendment,” a set of changes to the GOP health care plan, the American Health Care Act (AHCA). The tweaks—which, among other things, repeal a prescription drug tax and a medical devices excise tax—are designed to help win over Congress members who have objected to portions of the original plan. But one aspect of the amendment is raising fresh alarm in some quarters: A clause that would affect new mothers who receive Medicaid.

Under the new provision, states can choose to rescind Medicaid coverage to unemployed mothers who don’t find work within 60 days after giving birth. This provision is modeled after Temporary Assistance for Needy Families (TANF), a state-run program that provides financial aid to qualifying poor families—and includes similar work requirements, a spokesperson for the House Energy and Commerce Committee, which worked on the new AHCA bill, told Fortune.

“The provisions that give states the option to institute policies encouraging individuals enrolled in the Medicaid program to begin looking for work are based on the successful, bipartisan welfare reform efforts under President Bill Clinton,” said the spokesperson.

States can choose to exempt new mothers from the from the work requirements if they also have a child who is disabled or under six years of age. States also have the option to expand that 60-day window if they choose.

According to Alina Salganicoff, the vice president and director of women’s policy at the Kaiser Family Foundation, the amendment would put “women in difficult position of finding work soon after delivery and needing to find childcare, or staying home and being uninsured.”

Nearly 28% of those on Medicaid say they can’t find work because they’re too busy taking care of a home or family, and about eight in ten Medicaid recipients are part of a family with at least one working member. “Most low-income people who aren’t working is because they have other responsibilities,” said Usha Ranji, the associate director of women’s health policy at the Kaiser Foundation.

Critics of the AHCA have claimed it only benefits wealthy Americans, pointing to proposals to either do away with or cut back on services that many lower-income women (and others) rely on—such as defunding Planned Parenthood or rolling back the Affordable Care Act’s Medicaid expansion. 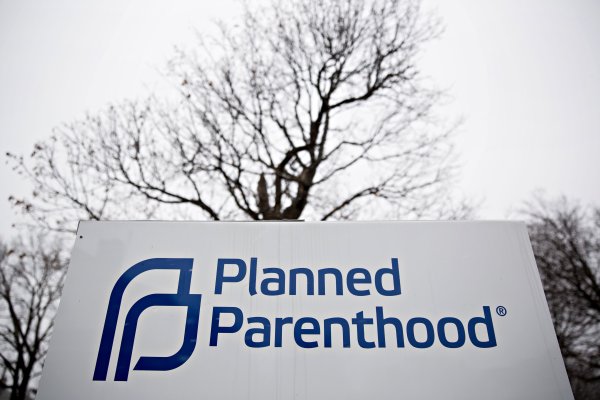 My Breast Cancer Diagnosis Almost Came Too Late
Next Up: Editor's Pick