MP Yasmin Qureshi: Muslims Have Raised Thousands for Victims of the London Attacks

A picture shows red London buses, pedestrians and traffic crossing Westminster Bridge over the River Thames with the Union flag atop the Houses of Parliament (R) flying at half-mast in central London on March 23, 2017.
NIKLAS HALLE—AFP/Getty Images
Ideas
By Yasmin Qureshi
Yasmin Qureshi has been a Labour Party Member of Parliament for Bolton South East since May 2010. She is also the shadow justice minister.

I was sitting in Parliament’s Members’ Lobby by the entrance of the House of Commons waiting to take part in the second vote of the day when I caught sight of a woman looking upset and distracted. I asked her what was wrong and she said “Have you not heard? There’s been a shooting.” That was when I first became aware of Wednesday’s terrorist attack in Westminster.

Shortly afterward, security came out and said that all of the doors around the Chamber were going to be locked. Most of us MPs were in the Chamber as we were between votes and everyone began discussing what was going on — with all party politics put aside. As we couldn’t see for ourselves what was happening, we were all watching the news and relying on updates from social media. We were under lockdown from about 2.40 pm until half past seven — almost five hours.

When we finally left the building we were all in total shock. I soon learned that PC Keith Palmer had been killed. I had been chatting with him earlier that day, discussing the best way for my brother to get to Prime Minister’s Questions. He was always friendly, cooperative and kind.

I think many of us in Parliament had this sense that we needed to do something to make things better, to counteract this feeling of helplessness. Although money won’t bring anybody’s loved ones back or take away their pain, I thought fundraising to support the victims of the attack and their families would be a good place to start.

At the moment, Muslims and Islam are getting a very bad name, and politicians like Geert Wilders, Marine Le Pen and President Donald Trump are using incidents like what happened in London as excuses to persecute Muslims. I spoke to my friend Muddassar Ahmed and then reached out to others including my fellow MP Naz Shah and we decided to start a fundraising campaign called Muslims United for London. In less than two days, we have raised more than £23,000 ($28,730) of our £30,000 ($37,490) target.

Helping others is a fundamental part of Islamic belief. The Prophet says you must check on your neighbor every day and make sure he or she has had a meal, and a quote from the Quran says “If any one killed a person, it would be as if he killed the whole of mankind.” However, lots of people — thanks to politicians in Europe and the U.S. — believe that the 0.0009% of Muslims who commit these terrible atrocities represent the rest of us.

Trump and Nigel Farage love to talk about deporting Muslims to keep our countries safe and people like the journalist Katie Hopkins make money from sparking hate. But it’s important to remember that the man who killed four people in Westminster was not a Muslim refugee. He was not an asylum seeker. He was born and bred in this country. The U.S., too, has experienced many home-grown mass murders. Trying to link terrorism with Muslims and refugees is just fear-mongering. And in the aftermath of this incident, it’s important that we remain a united country and do not turn on each other.

Our mainstream politicians’ reaction to Wednesday’s tragedy has made me proud to be a British MP. They have all been very calm and dignified, preoccupied with trying to reassure their constituents and the country. Parliament sat the next day and we’ll continue to go about our business as usual; that is the British way. When Jo Cox’s murder happened last year, I didn’t stop doing my open surgery. I didn’t stop canvassing or knocking on doors. I’m not going to let anyone ever make me too afraid to do my job.

I hope the Muslims United for London campaign helps people see through the image of Islam that various populists and politicians have created. There is nothing in my religion that in any way condones what these people are doing. 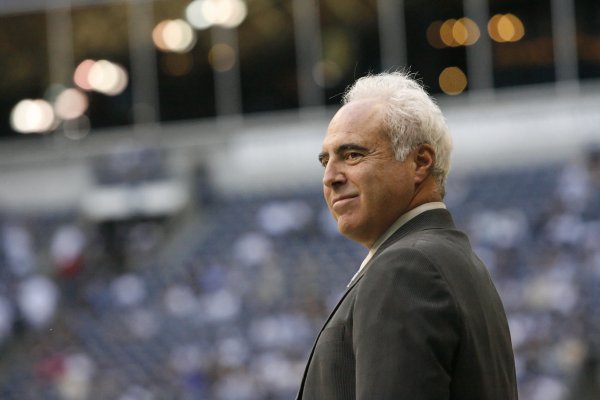 It’s Time for Washington to Act Like a Football Team
Next Up: Editor's Pick