Officer Lt. Sam Robinson is reflected in the witness window outside of the lethal injection chamber at San Quentin State Prison, California, on Sept. 21, 2010.
Wally Skalij—Los Angeles Times/Getty Images
Ideas
By Allen Ault
Dr. Ault is a former commissioner of the Georgia, Mississippi and Colorado Departments of Corrections.

The Arkansas government is preparing to execute eight death-row prisoners in a ten-day span, before one of its lethal-injection drugs expires. It plans to execute two people per day over four days: April 17, 20, 24 and 27. The decision is dangerous for many reasons. As has been widely discussed, the sedatives may not be safe to use and could risk prolonged, torturous deaths. But an additional set of trauma and peril must be accounted for as well: The rapid schedule will put an extraordinary burden on the men and women required by the state to carry out this most solemn act, and it will increase the risk of mistakes in the execution chamber — which could haunt them for the rest of their lives.

As Commissioner of Corrections in Georgia, I presided over five executions. Those executions were spaced over two years. We had a legal duty to carry them out and attempted to do so with integrity. However, for me and many of my former colleagues in other corrections agencies, our role in executions led to a deep sense of guilt, sleepless nights and permanent emotional damage.

For me, unlike the “kill or be killed” mindset in war or other forms of self-defense, carrying out executions felt very much like participating in premeditated and rehearsed murder. Either from religious training (“thou shall not kill”) or established societal norms, every person knows that taking a human life is one of our culture’s most serious offenses. It exacts severe mental trauma — even when done under the auspices of state law. As I have written before: I don’t remember their names, but I still see their faces in my nightmares.

Read more: ‘We’ve Never Seen Anything Like This’: Why Arkansas Is Executing 7 People In 11 Days

Ron McAndrew, a warden who oversaw executions in Florida has bravely spoken publicly about how the trauma from doing his job led to a period of alcohol abuse and nightmares about the men he had executed. Fred Allen, who worked as a member of the Texas “tie-down team” responsible for securing men before the lethal chemicals are injected, helped execute 130 men before he finally broke down and had to leave his job. Former Oregon warden Frank Thompson has written about how participating in executions leads to drug abuse, alcohol abuse, depression and suicide. Ira Craig Baxley, a former corrections major responsible for executions in South Carolina, began suffering from post-traumatic stress disorder. These examples are only a small sampling.

I am gravely concerned for the well-being of the execution team in Arkansas, especially given the compressed schedule. The amount of fear, stress and exhaustion — all compounded by the terror of making a mistake — is too much to ask.

The state’s plan is relentless and harsh in and of itself. But when you examine the drugs that state officials are rushing to use, the risk of harm gets even worse.

The reason for Arkansas’s planned 10-day mass execution is that a sedative called midazolam is going to expire at the end of April. Midazolam has been used in many executions that went horribly wrong, including in Ohio, Arizona, Alabama and elsewhere. In Oklahoma, on April 29, 2014, Clayton Lockett did not die until more than a half-hour after he was injected with midazolam. Well after he was expected to be unconscious, he groaned, convulsed, and visibly struggled while on the execution table.

Lockett’s execution was scheduled to be the first of two performed back-to-back that day. The Oklahoma Department of Public Safety’s subsequent investigation includes a section, “Two Executions Scheduled on the Same Day,” which includes interviews with the execution team members. They discuss the “added stress” and “urgency” that they felt because of the rate of executions. In order to decrease chances of future botched executions, the report recommends that executions should not be scheduled fewer than seven days apart.

Arkansas has never used midazolam before, and the state has not executed anyone for twelve years. State officials have put this intense execution schedule on a staff that has not conducted an execution in the state using this risky protocol in over a decade. They will be using drugs they have not used before, which no one, as far as we know, has experience administering in an execution.

Arkansas’s accelerated execution schedule is far more risky and dangerous than any other planned executions I am aware of. I implore state officials to abandon this dangerous plan. They can still save truly innocent people — corrections workers — from life-altering trauma.

Dr. Ault, a former warden of a maximum security prison, served as a commissioner of the Georgia, Mississippi and Colorado Departments of Corrections and later as chief of the Special Projects Division of the National Institute of Corrections; he recently retired from being dean of the College of Justice and Safety at Eastern Kentucky University. 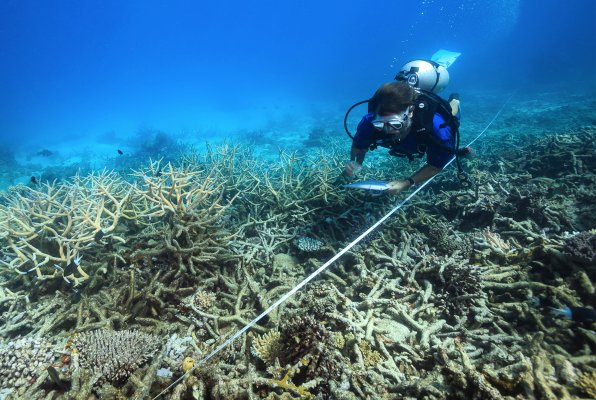 Trump's Anti-Climate Crusade Can Still Be Stopped
Next Up: Editor's Pick