You Can Now Drink Whiskey Named After Hillary Clinton

As far as consolation prizes go, having a whiskey named after you isn’t bad.

Republic Restoratives, a D.C.-based distillery, had been making plans for a rye whiskey prior to the 2016 election, with the intent of celebrating the first woman president, Hillary Rodham Clinton. Obviously that did not happen, but that hasn’t stopped owners Pia Carusone and Rachel Gardner from forging ahead with their plan and creating Rodham Rye, a blend of sourced one-year-old and three-and-a-half-year-old ryes from Tennessee.

Carusone had worked for Congresswoman Gabby Giffords before campaigning for Clinton last year, and she told The Washingtonian that despite the name, Rodham Rye isn’t a Clinton-exclusive spirit.

The water in the whiskey has a symbolic tie to Clinton as well: It’s from an Adirondack Mountain spring located on a maple syrup farm in upstate New York owned by Gardners family for several generations. (Clinton was, in case you needed reminding, formerly a New York state senator.)

Rodham Rye hits the shelves on March 25. The whiskey has a relatively high price tag at $79, with five percent of sales from the 4,652-bottle batch being donated to EMILY’s List, an organization that assists pro-choice female Democratic candidates.

And if you can’t get your hands on it locally, don’t despair: The distillers have planned so far for a single run, but haven’t ruled out the possibility of bringing it back once it finishes its primary. (Apologies for that pun.) 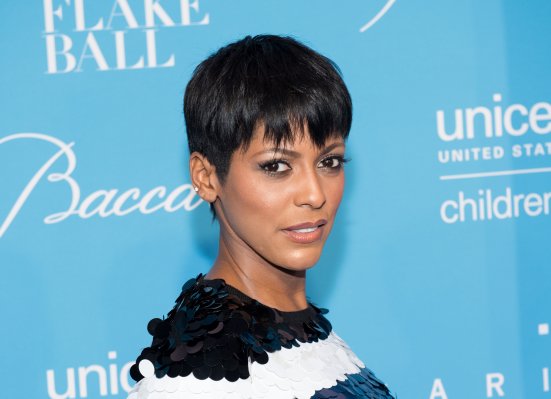 Tamron Hall Says Her Old Job Won't 'Determine What I Do'
Next Up: Editor's Pick