'Everybody Hates It.' Stephen Colbert Has Some Alternative Uses for 'Trumpcare'

With Congress voting imminently to repeal Obamacare, Late Show host Stephen Colbert decided to help his audience understand just what could be coming down the pipeline should lawmakers to overturn the existing health care law.

“For weeks now, Republicans have been pushing their Obamacare replacement plan. But the bill has a pre-existing condition. Everybody hates it,” Colbert joked about the plan. “Republicans have been scrambling to sell this thing ever since the CBO report came out that said that Trumpcare would kick 24 million people off of insurance. So now they’re rebranding. They’re introducing the ‘three-bucket strategy,'” he further explained.

The “three-bucket strategy” outlines a plan to overhaul Obamacare that involves three steps including passing the new American Health Care Act, administrative adjustments, and smaller bills to exercise more surgical healthcare reforms. But Colbert had a different spin on the term.

“So no healthcare, but with all those buckets think about how much you’ll save on urns. Maybe. Just pour grandma right in the bucket!” he said, to wry laughter. “Maybe it’s not literal buckets. Since so many people are losing healthcare, they’re saying, quick, do the first three things on your bucket list!”

Watch Colbert’s dark “Trumpcare” humor in the video above. 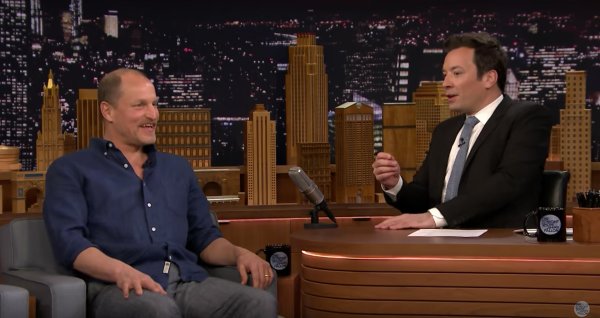