A same-sex marriage supporter displays a rainbow flag outside the parliament in Taipei on Nov.17, 2016
Sam Yeh—AFP/Getty Images
By Joseph Hincks

A panel of judges at Taiwan’s Supreme Court on Friday began hearing deliberations in a landmark case that could see the island become the first nation in Asia to allow same-sex marriage.

The case — which stems from the rejection of a gay activist’s attempt to marry his partner in 2013 — has been helped along by municipal authorities in Taipei seeking clarity over other gay-marriage requests, the BBC reports.

It comes amid parliamentary debate on legalizing gay marriage that has divided public opinion and provoked protests from conservatives. Tsai Ing-wen, Taiwan’s President, has expressed support for marriage equality in the past and the first draft of a bill to legalize same-sex marriage was approved by Taiwan’s parliament in December.

Since then, however, anti-same-sex-marriage campaigners have grown more vocal in protesting the bill.

The hearing hinges on a line of Taiwan’s civil code that states marriage should be between a man and woman. Over the next two months or so, legal experts and government officials are expected to weigh in on its constitutionality before the panel of 14 Justices give their verdict. 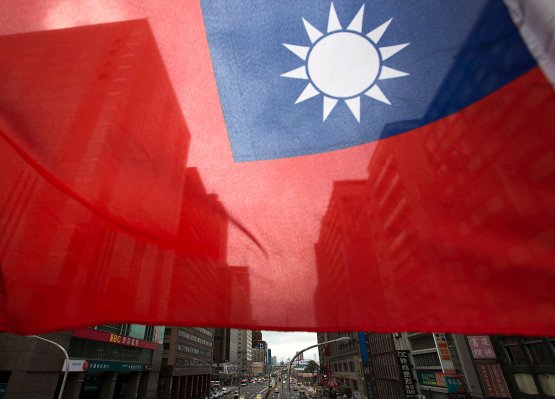 Taiwan Doesn't Want To Be Used 'As A Chess Piece'
Next Up: Editor's Pick