The northern Chinese province of Hebei has pledged to ramp up greening efforts in the areas surrounding Beijing, in a bid to solve the Chinese capital’s infamous pollution problem.

In a statement published on the Hebei government’s website on Thursday, the province pledged to “wear a green necklace for the capital,” which is enclosed within its borders but governed separately.

The official statement also proposes transforming the city of Zhuozhou, just north of Beijing, into a model “sponge city” that can recycle and retain water resources for the parched region, where declining rainfall, uncontrolled growth and the pollution of groundwater and rivers have left Beijingers with just 100 cu m of water each per year — well below the U.N.’s extreme scarcity threshold of 500 cu m, according to a recent report by CNN.

Hebei’s “green necklace” plan is the latest in a series of initiatives aimed at coordinating development planning between Hebei, Beijing and Tianjin, a port city of 15 million that also borders the province. It is also reminiscent of the “Green Great Wall,” a vast network series of forest strips, due for completion in 2050, which aims to protect Beijing and other regions from the effects of desertification and worsening sandstorms. 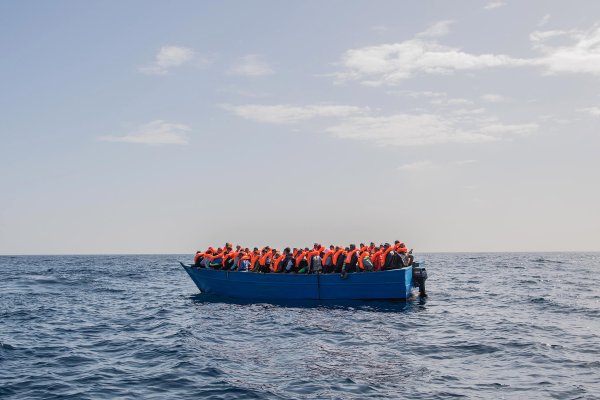 Over 250 African Migrants Feared Dead in Mediterranean
Next Up: Editor's Pick