John Mayer, emotional troubadour extraordinaire, has a new album coming out next month and as expected, he has a lot of feelings about it — particularly a breakup song that alludes to his ex, pop princess Katy Perry.

In a sprawling interview with the New York Times, Mayer shared that the album’s first single, a wistful but catchy ballad by the name of “Still Feel Like Your Man” is about missing Perry after their very public breakup.

“Who else would I be thinking about?” he said. “And by the way, it’s a testament to the fact that I have not dated a lot of people in the last five, six years. That was my only relationship. So it’s like, give me this, people.”

In addition to apparently not dating much, Mayer also revealed in the interview that he recently quit drinking and is “very thoughtfully entering cannabis lifestyle.” He also shared with his characteristic candor that he’s ready to shed his reputation as a “bad version of a bad boy” for something a little more domestic.

“I want the baby with the protective earphones,” he said. “I’m right on time for my career, and I’m running late for my life.”

Perry, for her part, recently split from actor Orlando Bloom — so hold out hope, John. There might be hope for that baby bouncing by the side of the stage yet.

Listen to Mayer’s new song below. 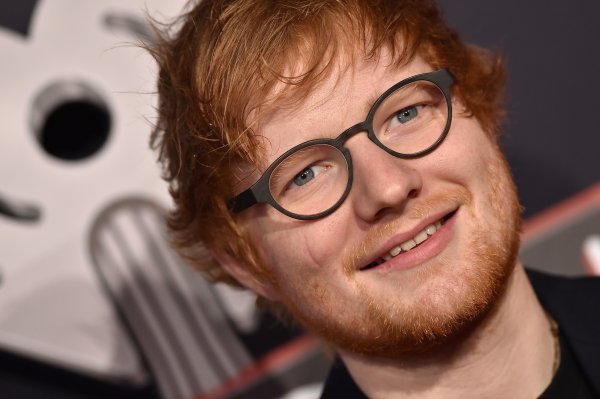 'Hopefully One Day.' Mother of Ed Sheeran's Toddler Lookalike Wants Them to Meet
Next Up: Editor's Pick