Hacking Myself Is the Most Surprisingly Humiliating Decision I've Ever Made

An employee walks behind a glass wall with machine coding symbols at the headquarters of Internet security giant Kaspersky in Moscow on Oct 17, 2016.
Kirill Kudryavtsev—AFP/Getty Images

One day we will all be hacked. By “we,” I mean the famous and powerful, so it’s not something you really need to worry about. But I do. So, figuring the best defense is a good offense, I decided to hack myself in order to control the inevitable damage of being outed by Russians, North Koreans, WikiLeaks, Anonymous or that obese guy in New Jersey whom Donald Trump seems to know a lot about.

Unfortunately, I’ve had bad luck tempting someone to help me in this endeavor. Over the past three years, I’ve gotten two hackers I found online to agree, but after hours on the phone arranging how to do this, they suddenly stopped getting back to me without doing any hacking, which, sadly, has made me distrustful of hackers.

So I got my editor to assign hacking me to two young TIME reporters, to whom I gave my passwords, since they didn’t have any hacking skills. They, too, stopped emailing me. In fact, they were so uncomfortable with the assignment, assuming I’d written embarrassing things, that they didn’t want me to use their names in this column. “I’m concerned there will be something that will weigh on my conscience: an affair or giving to a creepy political cause or secrets hurting other people,” said Anonymous Hacker One. Eventually, they promised to come to me with anything they couldn’t deal with. “Unless we find something that is legally dubious–then I’ll go to your editor,” said Anonymous Hacker Two. I do not know what kind of vibe I am giving off, though I suspect it has something to do with that one day I wore mandals to the office.

The advice hackers give when looking for dirt in a pile of data is to search for words such as pissed or angry. They suggest figuring out to whom the most emails are sent, since that signals a trusted relationship. And to use Facebook to suss out relationships–ex-girlfriends, college acquaintances–to spot dubious interactions. Deleted photos are telling, as are erased emails. And they say to always, always look in the draft folder, which houses the truly horrible stuff people are too smart to send. The draft folder is each and every one of our personal Nixon White House tapes.

Using this advice, my two hackers delivered an 18,000-word document of humiliations three weeks later. People who say that those with nothing to hide shouldn’t be afraid of being hacked are, it turns out, idiots like me. While I have nothing to hide from the world in my emails, I have a lot to hide from any given person I am talking about behind their back in email. Which is nearly the world.

Anonymous Hackers One and Two found very mean emails I’d written about a family member who I think is self-pitying. I called a good friend, who I don’t think is crazy, “crazy.” Some emails would be devastating if they were made public simply because of their lack of context, including, “Remember Barbie Kean and the trunk of your car?” And people would know that Mindy Kaling didn’t return my email. Twice.

But the information I’d feel most horrible about potentially being made public were other people’s secrets: people’s affairs, mutual friends who dislike each other, my son’s issues at school, complaints after parents’ visits, friends who voted for Trump, the fact that the radio host Mancow is a “highly unpleasant human being.” And my wife forwards me a lot of emails from friends who tell her horrible stuff about their boyfriends. She also mentions things she wouldn’t want to share publicly, about cosmetic procedures she’s had done or medical issues she’s dealing with. I am divulging this so that she, too, is now immunized against being hacked. You’re welcome, honey.

We had better figure out how to end hacking before our friends and family are able to search for their names in a data dump. Otherwise, we’re not going to have any friends or family left to email or text. Which means we’ll have no safe space to say cruel things, not even in drafts. And that’s a world that none of us want to live in. 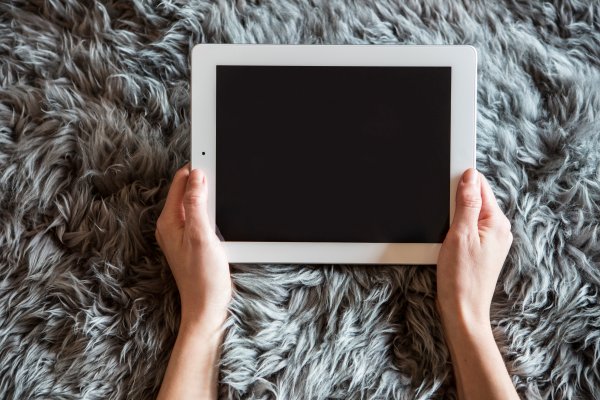 How to Watch 2,917 Web TV Shows in One Place
Next Up: Editor's Pick