Kiev and the Kremlin Face Narrowing Options In Ukraine

President of Ukraine Petro Poroschenko on March 02, 2017 in Kiev, Ukraine. Gabriel is on a two-day trip to conduct talks with government representatives.
Thomas Trutschel—Photothek via Getty Images
By Ian Bremmer

In Ukraine, things have taken another turn for the worse. In January, Ukrainian army veterans began an unofficial blockade of rail traffic into the country’s breakaway eastern provinces to protest their government’s willingness to do business with the pro-Russian separatists holding power there. On March 15, Ukraine’s President Petro Poroshenko, anxious to regain control of the situation and to keep the confidence of his supporters, made the blockade official. Separatists remain defiant. Russia is reportedly recognizing travel documents from the breakaway provinces for entry into Russia, and we’re getting closer to the moment when Moscow will move to formalize trade and economic± links with the separatist territories.

In other words, the Ukrainian stalemate has deepened. Ukraine has fallen behind Western neighbors like Poland and Hungary over the past 25 years. A higher standard of living depends on closer engagement with Europe, but peace and security still demand stable relations with Moscow. This puts Poroshenko in a bind. The conflict with Russia has killed about 10,000 people, and Poroshenko knows that many Ukrainians would denounce any move to shift the rest of the country toward Europe by simply accepting the independence of Ukraine’s breakaway provinces as a surrender to Russia.

Russia wants to ensure that Ukraine remains within its orbit, because the loss of Ukraine to the West would be the final indignity in a chain of post–Cold War humiliations. Still, Russia can’t invade the rest of Ukraine, because major Russian losses might well undermine Russian President Vladimir Putin’s support at home. The cost of occupying Ukraine, a nation of about 42 million people, is also far beyond Russia’s means. Instead, Putin has kept Ukraine unstable to force its government to give the breakaway provinces–and, by extension, the Kremlin–a veto over Ukraine’s national foreign and trade policies.

Many elected Western officials want to defend Ukraine from Russian manipulation, but they don’t want to bear the costs of defending a country their citizens don’t care about.

The stalemate is also becoming more expensive for both Russia and Ukraine. The blockade could shave another 1.3 percentage points off Ukraine’s beleaguered economy. On the Russian side, poor prospects for oil prices will force the Kremlin to think hard about the wisdom of investing large sums in Ukraine’s breakaway provinces for the indefinite future.

Something’s got to give, but it has never been less clear what that might be. 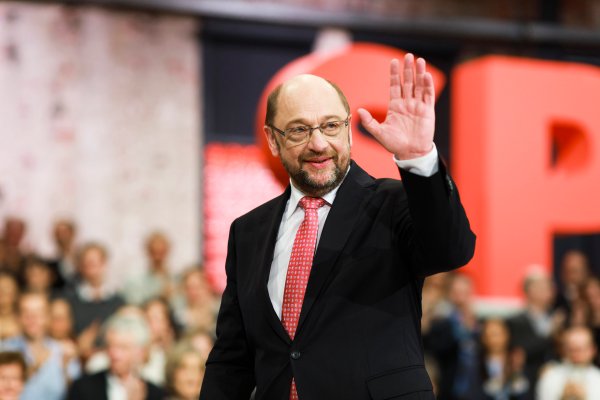