Barefoot Contessa Ina Garten is generally known for her impeccable taste, cooking acumen, and loving relationship with her husband, Jeffrey. But now, there’s a new man in her life: comedian Stephen Colbert.

Colbert tweeted cheekily at Garten multiple times recently, clearly seeking an invite to one of her flawless dinners. And Garten has finally responded with gracious good humor, even inviting him to cook with her. Looks like Colbert’s about to hit culinary gold.

In her response, Garten photoshopped Colbert’s face over that of her husband on the cover of her cookbook, Cooking for Jeffrey. Now, it’s Cooking for Stephen, and apparently recipe highlights include delectably naughty treats like Twinkie French toast with Waffle House gravy. (As it turns out, the new title was actually Colbert’s idea.)

Garten’s fans are already clamoring to taste this unexpected—but very exciting—collaboration, even though it will most likely never make it to fruition.

Maybe Colbert is just feeling jealous—and not only of Jeffrey. Just this fall, Garten went on rival late-night host Seth Meyers’s show and did a cooking demonstration for him, too. 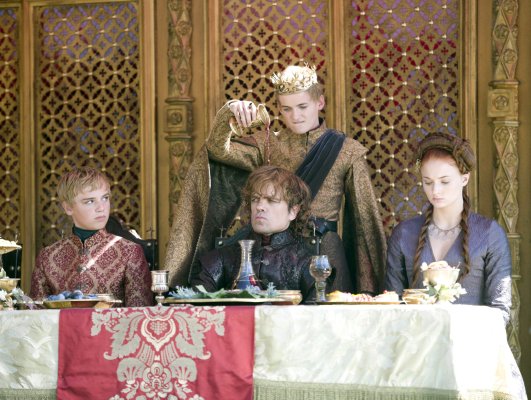 Toast to Your Enemies With These New Game of Thrones Wines
Next Up: Editor's Pick