It’s been a running joke for years that singer-songwriter Ed Sheeran and actor Rupert Grint bear an uncanny resemblance. So while Sheeran dominates radio waves and Grint makes his acting comeback with TV series Snatch, the two are battling it out to be the public’s favorite British ginger celebrity—especially because they get mixed up all the time.

In the latest round of this famous doppelgänger smackdown, Grint made an appearance on MTV’s “After Hours”—as Sheeran. In the comedic skit, however, Grint realizes he can’t go through with the “charade” of being Ed Sheeran any longer.

“The truth is, Ed isn’t real. My name is Rupert Grint,” he confesses to shocked “fans.” “After Potter, all I wanted to do was stretch myself. Create some real magic. So I created a character. He’d have the voice of an angel, and possibly wispy facial hair… I called him Ed. Ed Sheeran. Such a weird name,” Grint muses.

“Was any of it real? What about the adorable klutziness, or the cat photos? That had to be real!” the host asks.

“I hate cats! All of them! Mine, Taylor’s,” Grint dismisses. Then he drops the final blow: “Ed is no more.” It’s all very meta—which Sheeran (yes, the real Sheeran) noticed.

“Rupert you lad,” he tweeted, posting the satirical video to his own social media feed. This is a cheeky rivalry we can get behind. 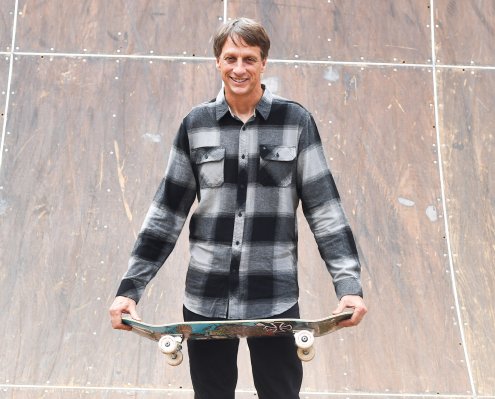 Tony Hawk Got Accidentally Trolled in Airport Security
Next Up: Editor's Pick