Man Who Went Viral After Stopping a Street Fight: ‘It Was the Right Thing to Do’

A New Jersey man who is being hailed a hero after he was captured in a viral video breaking up a fight between two young men said he stepped in to stop the violence “because it was the right thing to do.”

Ibn Ali Miller, 26, has received widespread praise online, including from NBA star Lebron James, after he defused a fistfight that erupted in the middle of the street in Atlantic City earlier this week and convinced the brawlers to shake hands and walk away.

More than 28 million people have viewed the video since it was posted on Facebook on Monday. Miller can be seen urging the youngsters not to bring shame to their hardworking parents and tells them he refuses to leave until they make peace.

“I just didn’t want those kids to fight. More importantly, I didn’t want one of those kids to lose the fight,” Miller told TIME. “Sometimes when you’re young like that, and you lose a fight in front of your friends and it goes on Facebook, it could hurt you for a long time.”

Miller, a married father of six who has lived in Atlantic City his whole life, said he was driving in his car after running errands on Monday when he spotted the crowd of teenagers on the street. He said he immediately got out of his car to approach them without thinking he was walking into possible danger.

“I stepped in just because it was the right thing to do,” he said. “Those kids didn’t look like predators to me. To me, I saw my own kids. I didn’t see predators.”

Miller has been praised as a peacemaker and a Good Samaritan. James said Miller’s actions were “so dope” in a tweet. James added: “Salute the homie who stepped in and spoke real to our young generation. We all need a word or 2 to help!”

Miller, a self-employed contractor, is also being honored by his local City Council on Wednesday even though he believes he didn’t do anything exceptional.

“I’m a Muslim. I was raised by Muslim parents. That’s what we were taught in my house, always, growing up,” he said. “For me, I don’t look at it like I’m a peacemaker. I did what I was supposed to do, what I was raised to do.” 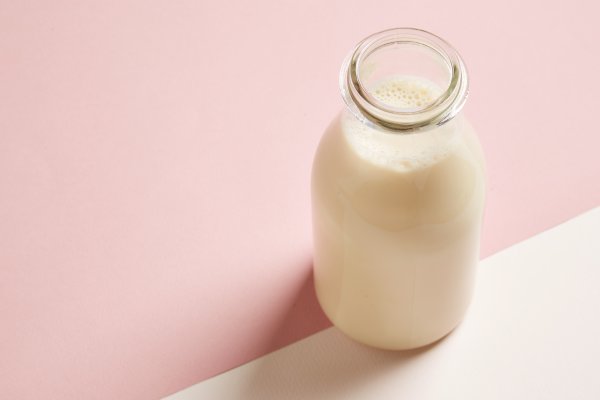 Why There's a Fight Over What to Call Skim Milk in Florida
Next Up: Editor's Pick