What to Know About Oleg Deripaska, the Russian Billionaire Who Paul Manafort Worked For

Russian billionaire and businessman Oleg Deripaska attends the meeting on sport development in the region on March 1, 2017 Krasnoyarsk, Russia. Putin is on a one-day visit to the Siberian city of Krasnoyarsk.
Mikhail Svetlov—Getty Images
By Geoffrey Smith

If you were going to tell the story of Russian business over the last 28 years through one life, it would be Oleg Deripaska’s story. There is hardly an aspect of Russian public life that he hasn’t touched, or that hasn’t been touched by him. Deripaska found himself in the news Wednesday when the Associated Press reported that President Donald Trump‘s former campaign chairman Paul Manafort worked for Deripaska on a project to “greatly benefit” the government of Russian leader Vladimir Putin.

Before being anything else, it’s fair to say he was a Russian patriot, his family life stamped by the loss of both grandfathers in World War II. A promising youth was interrupted when the USSR’s money for higher education ran out, and the baby-faced student had to get rich the hard way.

He rose to prominence in heavy industry, emerging on top from the chaos of what was dubbed “The Great Patriotic Aluminum War,” having realized that it made more sense to be on the same side as the police. Boris Yeltsin’s Kremlin recognized his potential and he was welcomed into the “family” in the most literal sense, marrying Polina Yumasheva, the daughter of Yeltsin’s chief-of-staff. Over a decade, he squeezed out all his rivals to assume sole effective control of Rusal, now the world’s second-largest aluminum producer, facing down a number of London lawsuits in the process.

Unlike many, Deripaska saw which way the wind was blowing when Putin’s clan of ex-KGB agents took over Russia in 1999. He offered complete loyalty to the new President, and bankrolled major projects such as the refurbishment of the Bolshoy Theater and the Sochi Olympics. He also plowed money into the restoration of Russia’s neglected Orthodox churches and set up a sizable charity organization. In return, he was left in peace to run his business and get staggeringly rich, and quickly, thanks to a Chinese-driven commodity boom. By 2008, he had borrowed heavily to diversify into insurance, real estate, construction, airport management, car making and agribusiness. Forbes put his net worth at $28 billion at the time.

The subsequent crash nearly wiped Deripaska out, leaving him with no cash flows to service his debts. In one famous episode, Putin humiliated him on national TV after he failed to pay wages in one of the many rustbelt one-company towns across his far-flung empire. Putin, who had had to bail him out with billions from Russia’s development bank VEB, accused him and managers of “scurrying around like cockroaches” as they tried to cover up their past mismanagement.

Some would say his relations with Putin never fully recovered from Pikalevo. It’s not clear, for instance, how much he profited, if at all, from the contracts for the $51 billion Sochi winter Olympics in 2014: Deripaska ended up suing the state contractor Olympstroy, blaming it for cost overruns. One way or another, his net worth had shrunk to little over $5 billion by 2016, according to Forbes, leaving him outside the top 20 Russians on its rich list

Deripaska has repeatedly been associated with shady dealings abroad, but has never faced charges. Although it was never confirmed, the U.S. revoked his visa in 2005 on concerns about his ties to organized crime. After lobbying from Republican elder statesman Bob Dole, the U.S. lifted the ban to let him visit New York in 2009, where he met with Goldman Sachs and Morgan Stanley as he was preparing to list Rusal in Hong Kong.

Rusal tried at first to bring former Soviet plants in Tajikistan and Ukraine back under Russian control, leaning on its good connections with the Kremlin, but retreated from Tajikistan in the face of political resistance. Further afield, efforts to secure raw materials in Guinea were plagued for years by arguments over cash, with accusations of bad faith on both side.

But his most interesting overseas venture has been in Montenegro, a tiny former Yugoslavian statelet on the Adriatic sea. Deripaska bought a failing bauxite mine and smelter outside the capital Podgorica, ostensibly to get a foothold in the European market that the country was looking to improve ties with. However, locals have suspected him simply of wanting the nearby coastal real estate, aiming to redevelop it into a sort of Monaco reserved for Russians. Deripaska’s company is now suing the Montenegrin government for hundreds of millions of euros after its new pro-western Prime Minister Dusko Markovic moved to repossess the smelter through the bankruptcy courts. Markovic wants to wean the country off its dependence on Russian tourism and take the country into EU and NATO. In a narrative that may sound familiar, Markovic has accused Russia of interfering in its elections last year to stop that geopolitical realignment. 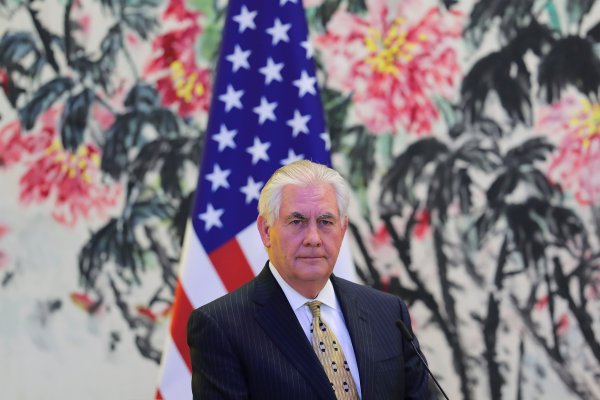