A Bumble Bee Species Is Now Officially Endangered in the U.S.

The rusty patched bumble bee gained federal protection Tuesday after the Trump administration removed its hold on listing the species as endangered.

The listing, the first time a bumble bee species in the U.S has received protection under the Endangered Species Act, follows an 87% decline in the species population since the late 1990s, according to the U.S. Fish and Wildlife Service (FWS). Rusty patched bumble bees now remain in just 13 states, down from 28.

The endangered species classification was supposed to take effect in mid-February by order of the Fish and Wildlife Service under former President Obama, but the Trump administration pushed back the date to March, calling for further review following complaints from agriculture and other industry groups. Tuesday’s decision to list the bumble bee species as endangered came after the National Resources Defense Council sued over the delay last month.

Read More: How the Endangered Species Act Helps Save Humans, Too

Pollinators like the rusty patched bumble bee play an essential role in maintaining the food supply, with bees in the U.S. pollinating more than 90 commercial crops including nuts, fruits and vegetables, according to an Obama-era White House report. “Pollinators are small but mighty parts of the natural mechanism that sustains us and our world,” said Tom Melius of the FWS in a press release. “Without them, our forests, parks, meadows and shrublands, and the abundant, vibrant life they support, cannot survive.”

The Endangered Species Act has protected more than 1,000 species since it became law in 1973, though many Republicans in Washington want to revise it, arguing that it has failed to protect endangered species while also hurting business interests. 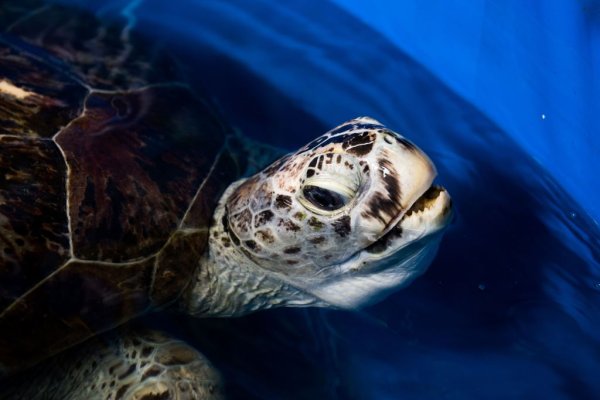 A Turtle in Thailand Died After Eating Almost 1,000 Coins
Next Up: Editor's Pick