Reynolds stopped by The Late Show on Tuesday night to ponder some of life’s biggest questions with Stephen Colbert for the segment known as “Big Questions with Even Bigger Stars”. They pondered the nature of the universe, what cats dream about (“Defenseless humans that taste like tuna,” quipped Colbert), and the meaning of Life (that’s Reynolds’s new movie, not life itself),

Eventually things turned to the most important questions, like what super powers they would like to have. Colbert was quick to answer, “I’d like to have a super-cool alien high-tech ring and it’s green and it has a lantern on it and I can use my imagination to make anything out of green light.”

“Wow. That’s a really dumb superpower,” said Reynolds, and Colbert agreed. For his part, Reynolds would prefer to be able to have something Colbert called “courage bladder.” 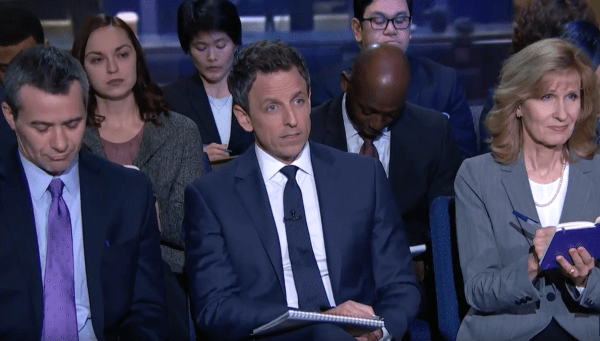