Uber Will Release Sexual Harassment Investigation Results to the Public

Uber plans to conclude an internal investigation into sexual harassment allegations against it by the end of April.

The findings of the investigation headed by former Attorney General Eric Holder will be made public, board member Arianna Huffington said in a call with reporters on Thursday afternoon. “Whatever the investigation finds will be honored by everyone at Uber,” she said, hoping to show that the ride-sharing company’s closed and combative corporate culture is changing after a series of embarrassing revelations.

Last month, a former engineer published a blog post in which she said she had repeatedly complained about sexual harassment and discrimination at the ride-sharing company, but was ignored or punished. Following a groundswell of criticism, Uber’s executives promised a thorough examination of what had happened and said that they would do better.

But Uber quickly found itself mired in series of other PR problems including a video of its pugnacious CEO, Travis Kalanick, berating a driver (he later apologized), an exodus of seven top executives in the past month, and a passenger boycott promoted on social media. Under fire, Kalanick said that he would seek leadership help and, then earlier this month, revealed that the company was looking to hire a second-in-command.

When asked if Kalanick may step down based on the investigation’s findings, Huffington dismissed the possibility. “It’s not something that’s been addressed because it has not come up, and we do not expect it to come up,” she said, hinting that any fallout from the sexual harassment accusations would be lower in the chain of command.

Kalanick was reportedly absent from the call because he was said to be interviewing chief operating officer candidates. Some possible targets for the COO position include Thomas Staggs, the former COO at Walt Disney, Tim Armstrong, CEO of AOL, and John Martin, CEO of Turner, according to Bloomberg.

In addition to counter sexual harassment accusations, Uber is trying to show that it welcomes employee diversity. It has promised to release a diversity report by the end of the month showing the demographics of its employees, nearly two years after other tech companies started to do so. On the call Tuesday, the company showed that it was making progress by saying it had updated 1,500 job descriptions to ensure they are “free from unconscious bias,” and that employees can expect more staff-wide trainings on diversity and inclusion.

During the call, Uber also said that it would make changes to the way it works with drivers, many of whom have complained about their pay and input they have on how the service is operated. The company said it plans to update customer support policies and institute additional driver training.

“This is just a start in overhauling our relationship with drivers, and we know we have a long way to go,” Holt said. 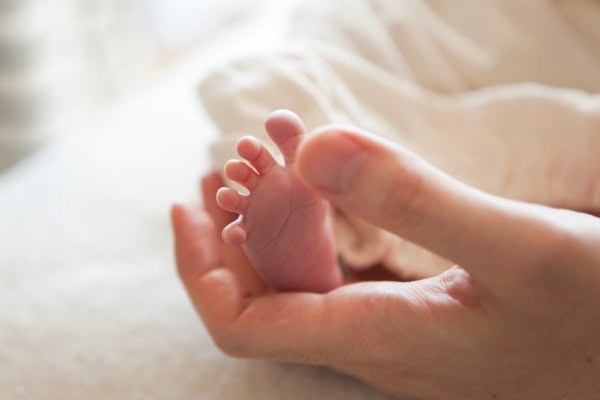 7 Things My Husband and I Should Have Discussed Before We Had a Kid
Next Up: Editor's Pick