South Korea’s Defense Ministry confirmed that North Korea test-fired a missile from its east coast on Wednesday, but said that the test appeared to have failed.

“North Korea fired one missile from an area near the Wonsan Air Base this morning but it’s presumed to have failed,” the ministry said in a brief statement according to South Korea’s Yonhap news agency. “Our military is prepared for the possibility of North Korea’s provocation including an additional missile launch,” it added.

The U.S also confirmed the test-firing, Reuters reports. “A missile appears to have exploded within seconds of launch,” Commander Dave Benham, a spokesperson for U.S. Pacific Command, said in a statement, adding that a more detailed assessment of the launch was under way.

Wednesday’s test comes amid escalating tension between Washington and Pyongyang, and as U.S. and South Korean troops conduct annual joint military drills on the peninsula. These drills are regarded as a rehearsal for invasion by North Korea. Earlier this month, North Korea fired four ballistic missiles into the sea off Japan’s northwest coast, and conducted rocket-engine function tests that Seoul said showed “meaningful progress.”

As a countermeasure to North Korea’s nuclear and missile threat, Reuters reported Monday that the Trump Administration was considering imposing deeper sanctions that would freeze Pyongyang out of the global financial system.

However, in an interview with the news agency the following day a North Korean envoy said that the country would pursue the “acceleration” of its nuclear and missile programs — including developing “pre-emptive first strike capability” — regardless of the threat of further sanctions.

Referring to the reported sanctions, Choe Myong Nam, deputy ambassador at the North Korean mission to the U.N. in Geneva, told Reuters, “I think this is stemming from the visit by the Secretary of State [Rex Tillerson] to Japan, South Korea and China … We of course are not afraid of any act like that.” 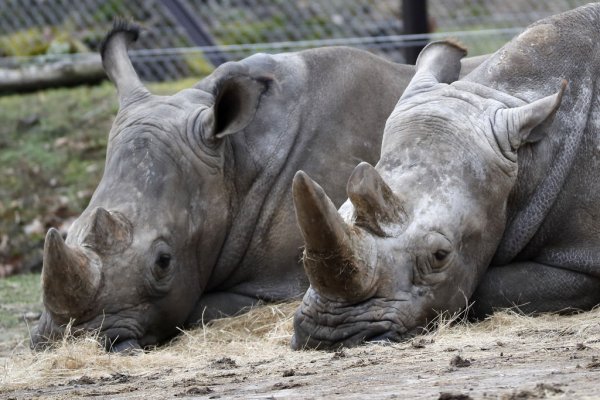 Czech Zoo Removing Rhinos' Horns to Ward Off Poachers
Next Up: Editor's Pick