A photo taken on March 8, 2017 shows two rhinos at the Thoiry Zoo, after intruders shot dead a white rhino and hacked off his horns.
Thomas Samson—AFP/Getty Images
By Ryan Kilpatrick

A zoo in the Czech Republic has started to saw off the horns from its herd of rare rhinoceros, in an effort to protect them from poachers like those who killed and dehorned a rhino in a Paris wildlife park earlier this month.

“The safety of the animals is our first concern,” Rabas said. “The dehorned rhino is definitely a better option than the dead rhino.”

Although the international rhino horn trade has been banned since 1977, a thriving black market has been fed by demand from China and Vietnam, where many view rhino horn as a cure-all in traditional medicine.

Composed mainly of keratin, the same substance that makes up our hair and fingernails, rhino horns are structurally similar to horses’ hooves and turtle beaks, according to conservation group Save the Rhino.

On 7 March, intruders broke into Thoiry Zoo in suburban France and shot dead a male southern white rhino before removing its horns with a chainsaw. 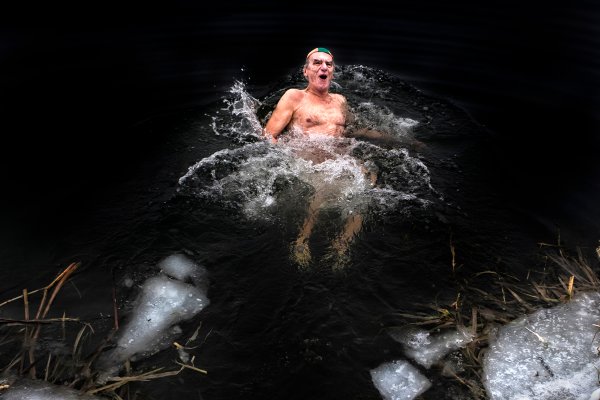 These Czech Seniors Stay Young by Plunging Into Freezing Cold Rivers
Next Up: Editor's Pick