Until now, the Met Gala has been unquestionably the most fashionable night of the year, thanks to its star-studded guest list, high-style dress code and Vogue editor-in-chief Anna Wintour’s longtime affiliation with the Metropolitan Museum of Art’s Costume Institute. But this year, the first Monday in May may have some competition: Bee Shaffer, Wintour’s daughter, is engaged to Francesco Carrozzini, the son of the late editor-in-chief of Vogue Italia, Franca Sozzani, a Vogue power coupling that is going to result in some pretty unbelievable wedding guest attire.

Rumors that the couple were dating started last fall when Shaffer attended a screening of Carrozzini’s documentary about his mother, “Franca: Chaos & Creation.” A spokeswoman from Vogue confirmed their engagement to PEOPLE.

While they both were raised by two of the most fashionable and influential woman in the industry, they have pursued slightly different career paths in the entertainment field. Shaffer works as a segment producer at Late Night with Seth Meyers, while Carrozzini is a film director and photographer who has directed music videos for Beyoncé, A$AP Rocky and Nicki Minaj and worked on advertisements with a number of fashion brands including Roberto Cavalli, Ermenegildo Zegna and Salvatore Ferragamo.

While they haven’t stepped out together since the engagement, Vogue‘s accessories director Selby Drummond, a close friend of Shaffer’s, provided a glimpse of the bride-to-be’s engagement ring on her Instagram story. Drummond shared a snap of Shaffer changing shoes wearing an enormous sparkler on her ring finger, hashtagging it with her fiancé’s name.

Wintour and Sozzani both landed their roles at their respective publications in 1988 and have been close friends over the years. When Sozzanni died after battling a year-long illness in December 2016, Wintour expressed her condolences in a touching article on Vogue.com.

“Franca and I found ourselves falling into a friendship that I am so happy and honored to say sustained itself for 30 years,” Wintour wrote. “That’s one thing that Franca taught me about friendship: Sometimes, you really have to earn it. In private, Franca was warm, clever, funny, and someone who could give the Sphinx a run for its money when it comes to keeping a confidence. She was also the hardest-working person I have known, and with an envy-inducing ease with multitasking. She made everything she worked on appear effortless, regardless of whether it was an event for several hundred; a whirlwind trip to Africa to support the continent’s emerging designers; or the creation of yet another newsworthy, provocative, and utterly spellbinding issue of Italian Vogue.”

The only thing better than the news that these two Vogue legacies are coming together will be seeing the wedding get the full Vogue treatment when it happens. Is it too much to hope for the September issue? 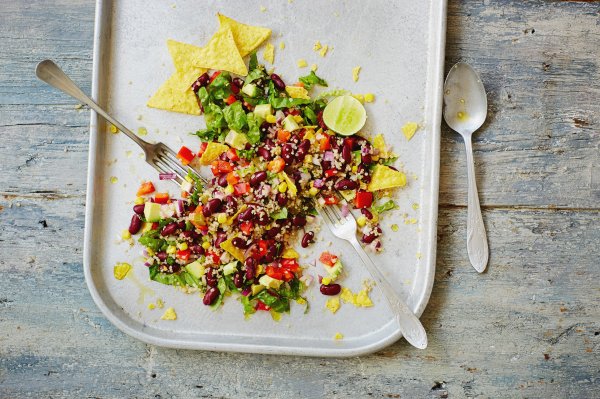 Why Your Vegan Diet Isn't Helping You Lose Weight
Next Up: Editor's Pick