A newly-discovered 430 million-year-old fossil has been named in honour of the naturalist filmmaker and activist David Attenborough.

The 9mm fossil, which is an ancient distant relative of lobsters, shrimps and crabs, is extremely well preserved. An international team of scientists led by the U.K.’s University of Leicester discovered it in volcanic ash deposits in what’s now considered the Welsh Borderland region.

The discovery has been named Cascolus ravitis in honour of Attenborough, in celebration of his ninetieth birthday. Cascolus is derived from the Latin word ‘castrum,’ meaning ‘stronghold,’ and ‘colus,’ means ‘dwelling in,’ which also alludes to the Old English version of the surname Attenborough. The second part of the fossil’s name, ravitis, is a combination of the Roman name for Leicester, the city where Sir David grew up, as well as the Latin word for life and the word ‘commeatis’, meaning a messenger.

“In my youth, David Attenborough’s early programmes on the BBC, such as Zoo Quest, greatly encouraged my interest in Natural History and it is a pleasure to honour him in this way,” said Professor David Siveter of the University of Leicester, in a statement.

Attenborough added: “The biggest compliment that a biologist or palaeontologist can pay to another one is to name a fossil in his honour and I take this as a very great compliment. I was once a scientist…so I’m very honoured and flattered that the Professor should say such nice things about me now.”

Watch Attenborough discuss the fossil below. 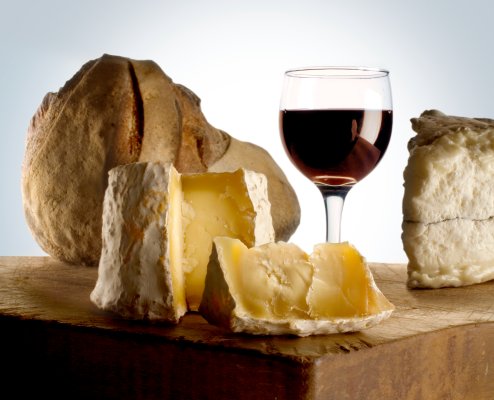 10 Arrested in Italian Wine and Cheese Caper Gone Awry
Next Up: Editor's Pick