Justin Bieber, enfant terrible of the music world and noted face tat enthusiast, has decided to invest in even more body modifications, starting with two prominent new tattoos on his frontal regions.

Bieber proudly showed off his new ink — a large eagle across his abdomen and a bear on his chest — by dancing topless in a New Zealand bar with an elderly woman. Bieber recently finished the Australian leg of his world tour.

In a series of videos posted to his Instagram page, Bieber dances sans shirt to Jay Z and Kanye West’s “Ni–as in Paris” with the small mature woman while her gentleman friend looks on. Bieber ended the dance by giving his dance partner a big hug and kiss on the cheek. 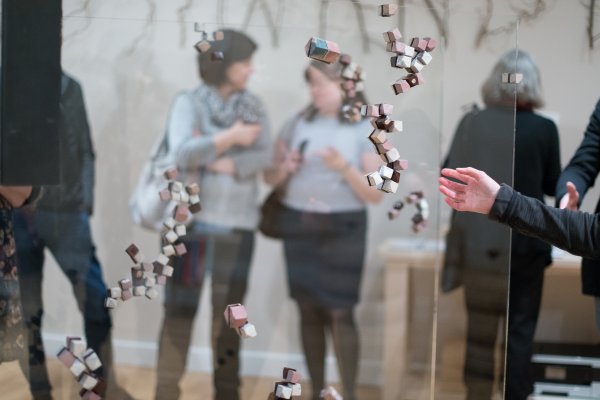 This Artist Wants You to Destroy Her Chocolate Sculptures by Eating Them
Next Up: Editor's Pick