Fonda, 79, stopped by The Ellen DeGeneres Show for an episode airing Monday, in which she revealed that in the new season of her show, her character starts a business selling vibrators to older adults.

“The directions have large print,” she joked as she pulled out one of the toys.

The actress said she did some research into vibrators to prepare for the season three.

“We tried all different kinds of vibrators,” she admitted. “Use it or lose it, right?”

But Fonda revealed that her knowledge of sex toys doesn’t just come from the show — but from personal experience as well.

“I have one that hangs around my neck and it looks like a beautiful piece of silver jewelry,” she said, joking that she wears it to dinner on occasion. “It depends on who you’re with and what the bathroom looks like.”

Fonda also took the time to swoon over her frequent costar Robert Redford.

“I realize that I’ve grown up because in the three previous movies, I was always in love with him,” she said. “I fell in love with him every time. So, if a day went by and he wouldn’t speak to me, I always took it personally.” 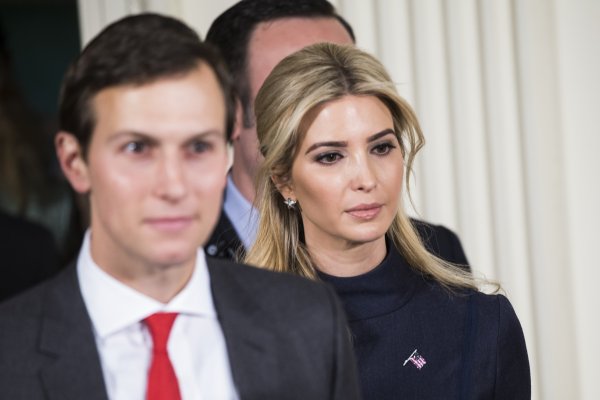 Ivanka Trump Will Get a West Wing Office But No Title
Next Up: Editor's Pick