Speaking at a rally in Louisville, Ky., on Monday night, Trump appeared to take credit for Kaepernick’s failure to get signed from free agency since he opted out of his contract with the 49ers on March 3.

“There was an article today…that NFL owners don’t want to pick him up because they don’t want to get a nasty tweet from Donald Trump,” the president told the crowd. “You believe that? I just saw that. I said, ‘If I remember that one, I’m gonna report it to the people of Kentucky because they like it when people actually stand for the American flag.’”

The article Trump referenced appears to be a Bleacher Report piece from March 17 in which an NFL general manager reportedly told the site that “around 10 percent” of teams think Trump will tweet about Kaepernick and the team if he joins.

Kaepernick and Trump have traded blows since the quarterback started kneeling during the national anthem before 49ers games last fall. Kaepernick called the then-presidential candidate “openly racist” at a press conference in August, and Trump said at a campaign rally in October the NFL’s ratings were declining because of Kaepernick’s infamous kneeling protests. 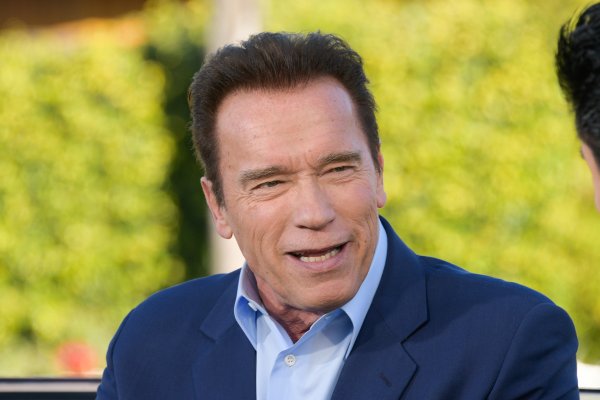 Schwarzenegger Challenges Trump to Middle-School Visit
Next Up: Editor's Pick