News that Rodrigo Duterte would not, after all, support gay marriage came partway through a lengthy speech during the Philippine President’s two-day trip to Myanmar, apparently closing the door on a campaign pledge to consider legalizing it.

In an address to Myanmar’s Filipino community on Sunday, Duterte castigated E.U. lawmakers who last week adopted a resolution condemning “the many extrajudicial killings” of his drug war. Then, referencing a recent edition of TIME magazine, in which the cover story focuses on changing attitudes to gender identity and sexuality in American culture, he warned of attempts to impose Western values on the Philippines.

“There is no he or she — that is their culture. That’s only them. That won’t work for us. We are Catholics,” he said in Filipino, according to a translation by CNN Philippines.

Stating that he had “nothing against gay people,” Duterte added that his stance on gay marriage was based on the law: “There is the civil code. You can only marry a woman for me, and a woman to marry a man.” He added in Filipino: “That is our law and why should gender enter the picture.”

Duterte’s comments are likely to disappoint LGBTQ-rights campaigners who were heartened by his campaign trail promise to “consider” legalizing gay marriage. The Philippine President also previously referred to a “slight error in the Bible” in that it should say God created “Adam, Eve, and the gays.”

The Catholic Church wields considerable political influence in the Philippines — the only country besides the Vatican where divorce remains illegal. But Duterte’s invocation of Catholic values is curious: in January he pushed through church resistance to expand the reach of modern family planning. He has also famously called the Pope a “son of a whore.” 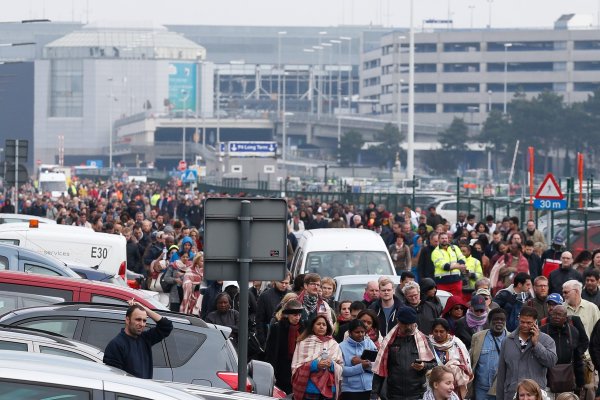 Fear and Frustration Continue One Year After Belgium's Worst Terror Attack
Next Up: Editor's Pick