Ideas
By Camille Paglia
Paglia is the author of Free Women, Free Men

History moves in cycles. The plague of political correctness and assaults on free speech that erupted in the 1980s and were beaten back in the 1990s have returned with a vengeance. In the United States, the universities as well as the mainstream media are currently patrolled by well-meaning but ruthless thought police, as dogmatic in their views as agents of the Spanish Inquisition. We are plunged once again into an ethical chaos where intolerance masquerades as tolerance and where individual liberty is crushed by the tyranny of the group.

The premier principles of my new book, Free Women, Free Men, are free thought and free speech—open, mobile, and unconstrained by either liberal or conservative ideology. The liberal versus conservative dichotomy, dating from the split between Left and Right following the French Revolution, is hopelessly outmoded for our far more complex era of expansive technology and global politics. A bitter polarization of liberal and conservative has become so extreme and strident in both the Americas and Europe that it sometimes resembles mental illness, severed from the common sense realities of everyday life.

My dissident brand of feminism is grounded in my own childhood experience as a fractious rebel against the suffocating conformism of the 1950s, when Americans, exhausted by two decades of economic instability and war, reverted to a Victorian cult of domesticity that limited young girls’ aspirations and confined them (in my jaundiced view) to a simpering, saccharine femininity.

In 1991, New York Newsday published my op-ed on date rape, which remains the most controversial thing I have ever written. Syndicated in regional newspapers from coast to coast in haphazard truncated form, it caused a huge backlash. There was a coordinated campaign, evidently emanating from feminist groups in the Midwest, to harass the president of my university with demands for my firing. That article, often reprinted in freshman-composition course packs at state universities, caused me endless trouble throughout the 1990s. It led to picketing and protests at my outside campus lectures and to my own walk-offs (to avoid fisticuffs) from Austrian and British TV talk shows and even from the stage of Queen Elizabeth Hall in London.

I still stand by every word of my date-rape manifesto. Women infantilize themselves when they cede responsibility for sexual encounters to men or to after-the-fact grievance committees, parental proxies unworthy of true feminists. My baby-boom generation demanded and won an end to such parietal rules, and it is tragic indeed how so many of today’s young women seem to long for a return of those hovering paternalistic safeguards. As a career college teacher, I want our coddling, authoritarian universities to end all involvement with or surveillance of students’ social lives and personal interactions, verbal or otherwise. If a crime is committed, it should be reported to the police. Otherwise, college administrations should mind their own business and focus on facilitating and funding education in the classroom.

The Free Speech Movement, led by a fiery Italian-American, Mario Savio, erupted at the University of California at Berkeley in 1964, the year I entered college. It was a cardinal moment for my generation. The anti-establishment stance of the Free Speech Movement represented the authentic populist revolution of the 1960s, which resisted encroachments of authority by a repressive elite. How is it possible that today’s academic Left has supported rather than protested campus speech codes as well as the grotesque surveillance and over-regulation of student life? American colleges have abandoned their educational mission and become government colonies, ruled by officious bureaucrats enforcing federal dictates. This despotic imperialism has no place in a modern democracy. An enlightened feminism, animated by a courageous code of personal responsibility, can only be built upon a wary alliance of strong women and strong men.

This is an excerpt from Free Women, Free Men, by Camille Paglia. Copyright © 2017 by Camille Paglia. Reprinted by permission of Pantheon Books, an imprint of the Knopf Doubleday Publishing Group, a division of Penguin Random House LLC. All rights reserved. 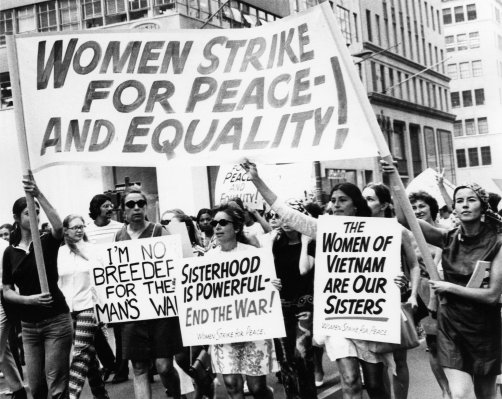