“What do you want to be when you grow up?”

I always had one answer to this commonly asked childhood question: “A mom.”

I always knew I would attend college and pursue a career, but I knew those aspirations paled in comparison to one day becoming a mother. But that goal was shattered when my husband and I, after years of trying to conceive, discovered that I was infertile. I felt broken.

I quickly discovered, however, that I could escape this darkness and piece together my life in a new way. I realized then that I could still be a mother, and my husband and I set off on the path of adoption. This road too was bumpy. We tripped a lot, cried a lot and lost a lot of sleep over the “what-ifs” that punctuate adoption. But finally, about a year later, my husband and I walked into our adoption agency’s office building and picked up our daughter.

I was a mom! But just as motherhood had surprised me in the way it found me, so did the little girl we held in our arms. She had Down Syndrome, a genetic disease caused by an extra set of chromosome 21 that can result in cognitive delays, low muscle tone and an increased risk of developing other medical conditions such as heart and respiratory problems.

And as is the case with most of the mothers I meet, parenting a child with Down Syndrome was never my plan. Saying “yes” to the adoption felt risky — and maybe even downright foolish.

But it was a risk we ultimately decided was worth taking. So I became a mother to a beautiful and sweet smelling baby girl, Macyn. And suddenly we were catapulted into this world of all things Down Syndrome. Just as adoption had quickly taught us motherhood is not tied to one’s ability to grow a child in the womb, Down Syndrome taught us a person’s worth is not tied to the number of chromosomes in their body. Not only are all people with Down Syndrome worthy of life, but they deserve the same opportunities as everyone else to be able to live that life to their fullest potential. Unfortunately, not everyone feels this way.

The misconceptions about the disorder, which are rooted in ignorance, are deeply instilled in our society — and that’s a problem. Some misconceptions could discourage expectant parents from carrying to term if their baby is given the diagnosis in utero. They make it difficult for my daughter and others who have Down Syndrome to be fully included in their schools, churches and communities. When we live in a society that fails to believe the best about individuals with Down Syndrome and teach others about the disorder, we unjustly label an entire group of people group as “less worthy” than everyone else. Today, individuals with Down Syndrome prove societal misconceptions wrong all the time. They’re going to college, owning businesses, and creating successful and fulfilling lives for themselves and the people around them. I could not be more proud to be part of the Down Syndrome community.

More than eight years have passed since we said our riskiest, most foolish and ultimately best “yes.” We’ve since adopted two more children, including a son who also has Down Syndrome.

The truth is: I don’t want my children to have to prove anything to anyone simply because they’re different. Everyone is different, and they’re spectacular just the way they are. It’s time for the rest of the world to recognizes that.

Heather Avis is the founder of the popular Instagram account @macymakesmyday and author of The Lucky Few, coming March 21 from Zondervan. 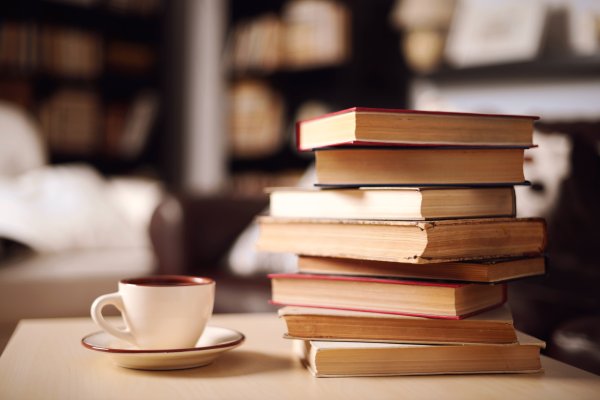