The Department of Justice and the FBI have “no evidence” to support President Trump’s unfounded and widely-dismissed claim that Barack Obama wiretapped him, FBI Director James Comey said Monday.

Speaking at a hearing of the House Intelligence Committee, Comey confirmed what top Republican lawmakers, Attorney General Jeff Sessions and Obama’s camp representatives have said about Trump’s claims, which were first tweeted earlier this month.

“With respect to the President’s tweets about alleged wiretapping directed at him by the prior Administration, I have no information that supports those tweets and we have looked carefully inside the FBI,” Comey said. “The Department of Justice has asked me to share with you that the answer is the same for the Department of Justice and all its components. The Department has no information that supports those tweets.”

Comey reiterated that any wiretapping of a U.S. citizen would require a “rigorous, rigorous process that involves all three branches of government” and has been in place since the 1970s. He said that “no president could” unilaterally order that kind of wiretapping.

There was only one issue on which Comey demurred. Asked about a tweet from Trump which claimed that Obama was “turned down” by the Foreign Intelligence Surveillance Court for a request to do the surveillance, Comey said he could not comment “one way or another” on that subject, but said not to read too much into his non-response.

At the same hearing, National Security Agency Director Mike Rogers also shot down the White House’s repeat of a claim from a conservative pundit that Obama might have asked British intelligence to wiretap Trump.

“That would be expressly agains the construct of the Five Eyes agreement that’s been in place for decades,” he said. 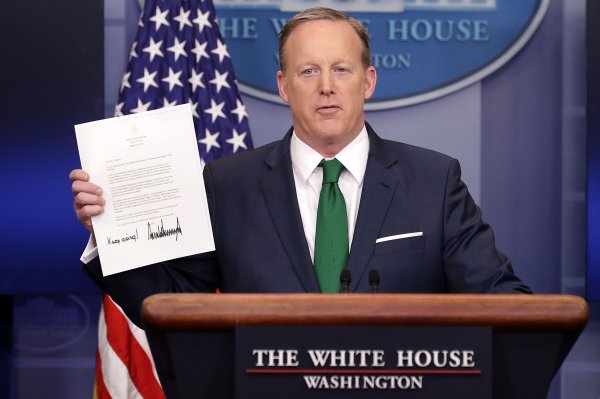