The FBI is investigating Russian attempts to interfere in the 2016 election, including potential links with the Trump campaign, FBI Director James Comey said Monday.

Speaking before the House Intelligence Committee, Comey said that he had been authorized by the Department of Justice to confirm the investigation publicly “in an extraordinary step” since the agency does not typically do so with open investigations.

“I have been authorized by the Department of Justice to confirm that the FBI, as part out our counterintelligence mission, is investigating the Russian government’s efforts to interfere in the 2016 presidential election and that includes investigating the nature of any links between individuals associated with the Trump campaign and the Russian government, and whether there was any coordination between the campaign and Russia’s efforts,” he said.

He added that “will also include an assessment of whether any crimes were committed.”

It is the first time the FBI officially confirmed that the scope of the investigation included Trump’s possible ties with Russia, confirming months of sporadic leaks to the press.

Comey said that he would not be able to speak about any of the specifics of the case because it is an open and ongoing investigation.

“I know that is extremely frustrating to some folks, but it is the way it has to be for reasons that I hope you and the American people can understand,” he said. “The FBI is very careful in how we handle information about our cases and about the people we are investigating.” 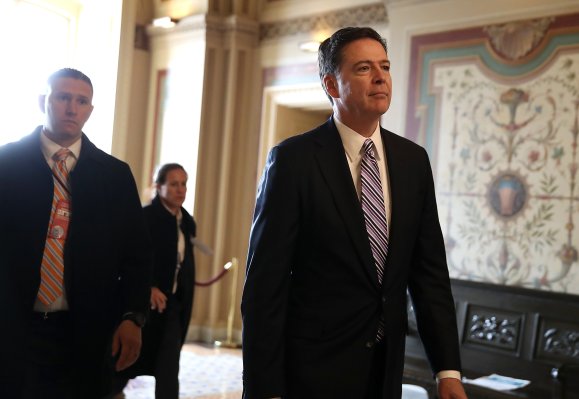