Mansi, 13, was trafficked by a man from her neighboring village in northern Uttar Pradesh. She was raped by her trafficker behind a railway station in Maharashtra in 2012. The man belongs to the Yadav community and has financial influence. Mansi ran away from her trafficker before he could sell her to a brothel. She reported the incident to the railway police. Instead of taking action on her behalf, Mansi was held in custody for 12 days while the perpetrator and his family tried to get her to retract her complaint.
Smita_Sharma
By Josh Raab

For the past two years, photographer Smita Sharma has been documenting the survivors of sexual assault in India. According to the National Crime Records Bureau, registered cases of Rape in India rose from 22,000 in 2010 to over 36,000 in 2014. That is more than a 30% increase in five years.

Smita’s connection to the topic is deeply personal. As a teenager she says she was molested by a tutor, an event she kept largely to herself until in 2011 when, according to Smita, her 13-year-old cousin Kamalika Das was molested by a boy in her class. After complaining about the incident, Kamalika felt victimized and bullied by her school. She committed suicide in 2015.

A view of Priya's room who was gangraped and choked to death at the Delhi-Haryana border. Priya, 24 was on her way back home from office, when she was gagged by two men from her neighborhood and taken to an un-constructed piece of land. School children found her body two days later in a semi-naked condition with ants coming out of her eyes and mouth.
Smita Sharma

Her cousin’s death motivated Smita to turn her full attention to the project. She has since uncovered “a silent language of tolerance” in India. “In the media, there are reports about rape. But it’s always the details. Who, where, what. But I felt there was no empathy. No one knew what happened to the girls after the crime.”

Over the past two years Smita has traveled her home country, interviewing and photographing 42 victims and families affected by sexual assault. She estimates she has traveled over 5,000 miles to reach her subjects, some of who live in rural areas that can be challenging to reach.

Beena was abducted by a distant relative and repeatedly raped. The police rescued her after her grandfather filed a complaint. The perpetrator was apprehended and is currently in jail.
Smita Sharma

To protect the identities of her subject’s, Smita kept the faces of her subjects largely in shadow and replaced their names with pseudonyms. She developed a series of tricks to maintain anonymity. She often shot in unlit rooms, using only window light or a small continuous light to illuminate the subject’s profile. At times she photographed through found objects ranging from saran wrap to a cup of tea given to her by one of the girl’s families.

“In those societies the males are brought up as if they are kings. They are not brought up to respect women. I went to a part of northern india. I noticed the boys and girls were sitting in different rows. I asked a seven-year-old boy and he said, “’The girls are inferior to us, why should we sit with them?’ The mindset needs to be changed.”

Relatives console Ruksana Bibi outside the Burn Ward of the Kabir Chaura hospital in Varanasi. Ruksana’s daughter Shama, 20, was attacked by three men who tried to rape her when she had gone out to fetch water. Shama resisted and the men were unable to rape her. They doused her in kerosene and lit her on fire. Shama died a week later.
Smita Sharma

In addition to males, Smita believes women in India also need to be further educated about these issues. “They don’t even realize it,” she says. “It has nothing to do with their education or where they come from. Often women felt that if you wear loose clothing you are called a loose woman, [you] don’t have good moral character.”

India’s politicians have also run into trouble on a number of occasions. In 2012, Congress leader Sriprakash Jaiswal – the coal minister at that point – compared cricket victories to wives, saying, as time passes, both get old and become “not as fun as [they] used to be.”

Abha Devi at her home in Ashapur district, Uttar Pradesh. Abha’s daughter Shanti (15) was called out of school by a trusted neighbor. She was then raped and threatened with murder to keep quiet. At the time of this photo Shanti was seven months pregnant. She received medical care with support from a local NGO and gave birth to a son in Feb. 2015.
Smita Sharma

Even Prime Minister Narendra Modi ran into trouble in 2015 while congratulating Bangladeshi Prime Minister Sheikh Hasina on having zero tolerance for terrorism “despite being a woman.”

Kalpana (17) with her five-year-old son. Kalpana , was raped by her landlord’s son in 2008. Kalpana remained silent out of shame and fear. After becoming pregnant from the rape, Kalpana’s mother threw her out of the house. She was later pressured to marry her rapist by a local political party. Kalpana refused to withdraw the case or marry him. Originally from a suburb, she now lives in Kolkata with her son.
Smita Sharma

Smita continues to work on the project. “This is a mission, and probably something I will work on for the rest of my life.” Her work was recently shown at the CSW Youth Forum at the United Nations in New York and she continues to document victims stories. She is also working alongside West Bengal Police in their campaign “Swayangsiddha,” documenting sex trafficking across India. 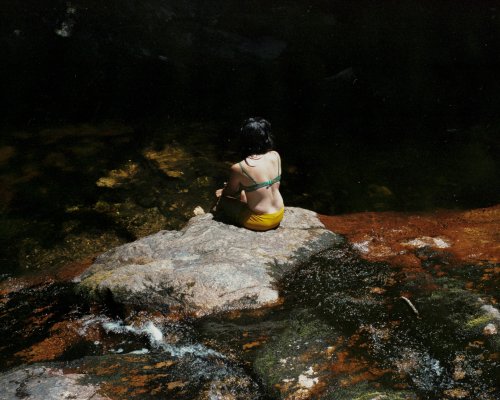 Finding Beauty in the Everyday
Next Up: Editor's Pick