The White House has filed papers in court giving notice it will appeal a Maryland Judge’s decision that blocked the portion of President Trump’s executive order banning people from certain countries entering the United States.

The Department of Justice filed papers notifying the court of an appeal on behalf of the Trump administration in the southern division of the Maryland District court.

The notice of appeal comes two days after Judge Derrick Watson of Hawaii and Maryland Judge Theodore D. Chuang both imposed a national restraining order against the Executive Order.

In Watson’s decision, he cited the rhetoric of Trump’s own current and former advisers, Stephen Miller and Rudy Giuliani, to argue that the order was unconstitutional and should not be implemented.

These decisions were the second time this order has been under legal scrutiny. The first version of this ban was implemented as an executive order on January 27, and caused chaos at airports across the country. The Ninth Circuit court of appeals deemed it unconstitutional, prompting the administration to rewrite it. The second version was blocked just hours before it was set to take effect.

Speaking in Nashville Wednesday, Trump had said he would fight the judicial decisions.

We’re going to fight this terrible ruling. We’re going to take our case as far as it needs to go, including all the way up to the Supreme Court,” he said. 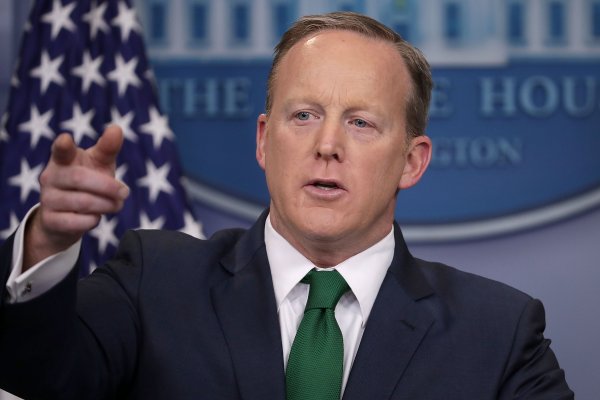 White House Seeks to Allay U.K. Over Wiretap Claim
Next Up: Editor's Pick