Donald J. Trump talked a big game on the campaign trail about keeping America safe. But the budget preview he released today will make us less safe by slashing the very agencies tasked with preserving peace and stability around the world and keeping the world’s problems from arriving at our doorsteps — the State Department and USAID — by a devastating 36 percent. A “national security budget,” as Mr. Trump referred to it previously, that makes catastrophic cuts to some of America’s most critical national security tools is nothing more than a smoke and mirrors game that would put our country in danger.

Now more than ever we see the mounting challenges before us. Global terrorists seek to do us harm. The seas are rising. Democratic institutions are fraying. Russia and China challenge us at every turn. And the world is facing the worst humanitarian and hunger crisis since World War II.

So the need for renewed and vigorous U.S. leadership of the sort that helped us chart the twentieth century has never been more necessary, and we can only engage in that enduring work with smart planning and a robust budget that utilizes the full range of America’s diplomatic arsenal.

America’s Foreign Service and development professionals are on the frontlines of keeping our country safe and making the United States the greatest and most generous force for good on earth. Every day, all around the world, they help broker peace, create business opportunities, improve health and safety, support burgeoning democracies and civil societies and champion what gives America its strength: our values.

We cannot afford to retreat from our role in the world, and yet that is exactly what President Trump is proposing. If Mr. Trump’s budget were to be enacted, it would sound a death knell for American global leadership.

It is often said a budget is a reflection of one’s values. America’s budget should therefore be lock step with America’s core values. Yet President Trump’s budget seeks the short-term gratification of slashing dollars over the long-term necessity of safeguarding our country.

Of course, the president does not often talk about reaffirming, promoting or funding the American values that have defined our nation since its founding nearly 250 years ago. He does however talk about “America first” and demonizing immigrants and refugees, and one could surmise that this budget is a reflection of his own personal values and, more plausibly, the narrow, dark worldview of his top advisor, Steve Bannon. But Trump is the leader of this entire country and indeed the free world, and must act accordingly. This kind of budget would most certainly imperil the national security of the American people.

That is because American national security is not only something won on the battlefield. Our military is the greatest fighting force the world has ever known, and we will continue to do everything to support them. For our military to be successful, however, they need a fully functioning State Department that will complement and build upon our physical and tactical strength with the power of our ideas and our values – America’s smart power. When we support democracy, human rights, and the rule of law and when we fight corruption and impunity, we remain on the path toward achieving the world we want.

With the stakes for American national security so high, we cannot do more with less. If we want to see a world with increased safety and prosperity, greater public health, more access to education for children, cleaner air and water, and if we want to break the pernicious cycles of violence and poverty that entrap too many people, then we have to invest toward those goals. This budget does not do that, and is not who we are as Americans.

Ultimately, a more stable world not only supports American values, but it also makes us safer here at home. Stable and secure countries prevent terrorism from taking hold in new areas, allow people to remain in their own homes, and reduce the transit of drugs into our country. We save American taxpayer dollars and American lives when we stop a conflict without needing to use our military. And we do the same when our diplomacy creates alliances with countries working with us to fight terrorism, instead of becoming the next terrorist safe haven.

President Trump’s budget would end up costing us in the long run and I am committed to working with my like-minded Republican colleagues, who thankfully are numerous enough, to make sure it is never enacted.

Cardin is a United States Senator from Maryland and the Ranking Member of the Committee on Foreign Relations. 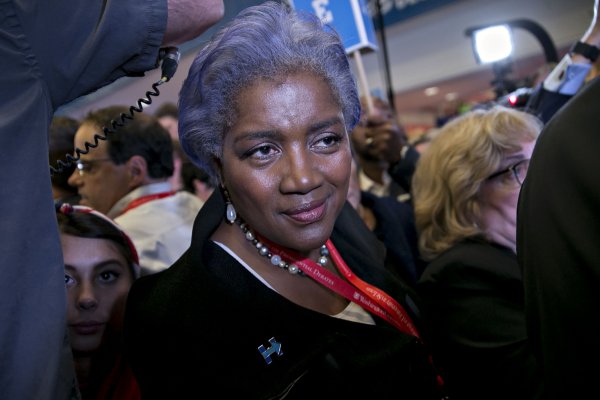 Russian DNC Narrative Played Out Exactly as Hoped
Next Up: Editor's Pick