President Trump repeated that he might have been wiretapped by Barack Obama Friday, even as he held a White House claim that British intelligence was involved at arm’s length.

“As far as wiretapping by this last Administration — at least we have something in common, perhaps,” he said.

But Trump also tried to distance himself from White House allegations that the British spy service GCHQ might have wiretapped Trump at Obama’s behest — something the GCHQ called “nonsense” in a rare public statement.

After noting that he “very seldom” regrets tweets, Trump argued that the White House was only repeating something Fox News analyst Andrew Napolitano had said.

White House spokesman Sean Spicer added that he was simply “reading media accounts” when he made the claim about British intelligence.

“I don’t think we regret anything,” he told reporters Friday. “We literally listed a litany of media reports that are in the public domain.”

Several ranking members of both the House and Senate Intelligence committees have also said there is no evidence for Trump’s claims. 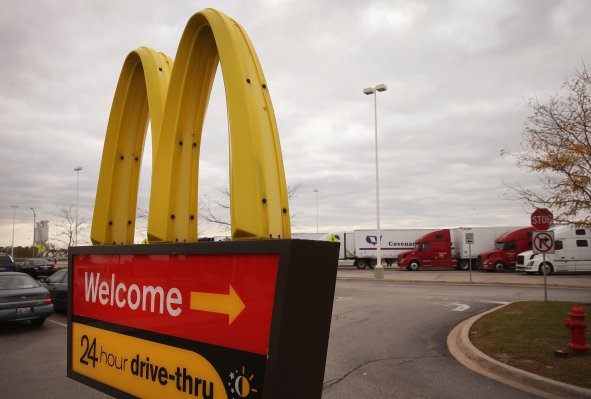 A McDonald’s Tweet Called Donald Trump 'a Disgusting Excuse of a President'
Next Up: Editor's Pick