As if Ross and Rachel didn’t have enough romantic obstacles to overcome in Friends, it turns out Ross’ son was seriously crushing on his dad’s on-again-off-again girlfriend all along.

Cole Sprouse — who, along with his twin brother Dylan, played Ben Geller — recently told the New York Post that he found it difficult to act in scenes involving Rachel because he was so enamored with Jennifer Aniston.

“I had a really, really hard time working with Aniston because I was so in love with her,” he said. “I was infatuated. I was speechless — I’d get all bubbly and forget my lines and completely blank…It was so difficult.”

We can only hope that Ben was able to outgrow these feelings after Rachel got off the plane. 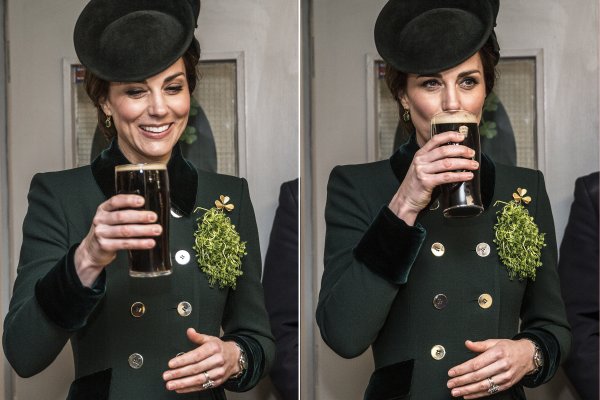 Of Course Will and Kate Toast to St. Patrick's Day with Beer
Next Up: Editor's Pick