White House officials tried to calm the concerns of British allies after White House Press Secretary Sean Spicer repeated an unfounded claim that the British spy service spied on President Trump. But the White House is stopping short of saying it offered an apology to its closest foreign ally.

The row began Thursday, as Spicer repeated the claim of Fox News personality Andrew Napolitano, who suggested that former President Obama had ordered GCHQ, the U.K.’s equivalent of the National Security Agency, to spy on his successor. For nearly two weeks the White House has been struggling to justify Trump’s assertion in a March 4 tweet that Obama had him “wire tapped.”

On Thursday, the top Republican and Democrat on the Senate Intelligence Committee jointly stated they’ve seen no evidence of any surveillance of Trump Tower. Even Trump allies in Congress are staying away from the claim, though Trump maintained Wednesday in an interview with Fox News that he would be vindicated by new information “very soon.” The White House has argued that Trump’s use of quotation marks around the phrase wires tapped implied he meant all manners of surveillance against him, but hasn’t offered any official proof of the claim, beyond reports in the press.

Reading a long list of media reports that mentioned alleged signals intelligence about Trump and his ties to Russia, Spicer quoted comments.

Within hours GCHQ responded in a rare statement calling the claim “utterly ridiculous.

“Recent allegations made by media commentator Judge Andrew Napolitano about GCHQ being asked to conduct ‘wire tapping’ against the then President Elect are nonsense,” a GCHQ spokesperson said. “They are utterly ridiculous and should be ignored.”

Asked by a reporter whether the subject of GCHQ’s alleged involvement had raised between the two governments and whether it would affect the so-called “special relationship” between the U.S. and the U.K., Spicer backtracked.

“No, no, it has not been raised,” Spicer said. “But I do think that, again, we’re not — all we’re doing is literally reading off what other stations and people have reported, and I think that casts into concern some of the activities that may have occurred during the ’16 election. We’re not casting judgment on that. I think the idea is to say that if these organizations, these individuals came to these conclusions, they merit looking into.”

The claim is all the more incendiary given the close intelligence-sharing relationship between the two countries. The U.S. and the U.K., along with Australia, Canada, and New Zealand, form the Five Eyes — a decades-old intelligence cooperative in which the countries share much of their signals intelligence and pledge not to spy on each another.

A spokesperson for British Prime Minister Theresa May told The Independent that the White House would not float the claims again. “We’ve made clear to the Administration that these claims are ridiculous and they should be ignored and we’ve received assurances they won’t be repeated.”

On Friday, Fox News’ Shepard Smith responded to Trump’s call to “ask Fox” about Napolitano’s claim, saying Fox could not confirm it in any way.

“Fox News cannot confirm Judge Napolitano’s commentary. Fox News knows of no evidence of any kind that the now President of the United States was surveilled at any time, in any way, full stop,” Smith said. 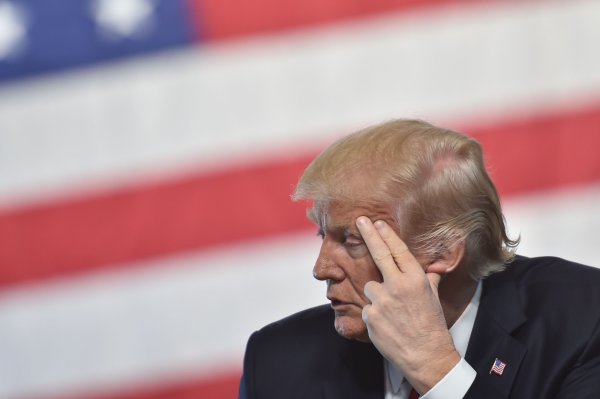 President Trump Is Now Completely Isolated In His Unfounded Wiretap Claim
Next Up: Editor's Pick