YouTube CEO Susan Wojcicki has some ideas on how to tackle Silicon Valley’s well-documented sexism problem.

In an essay for Vanity Fair, Wojcicki, one of the most powerful female leaders in the tech, said that allegations of sexual harassment at Uber illustrate just how much work the industry still has to do when it comes to supporting women in the workplace. “Like many who read the stories, I was mad,” she wrote. “But I was also frustrated that an industry so quick to embrace and change the future can’t break free of its regrettable past.”

Wojcicki has some prescriptions for tech companies on how they can finally make strides on the issue. She says that CEOs need to prioritize gender diversity, citing Netflix CEO Reed Hastings, who announced an “unlimited” parental leave policy for his employees in 2015, as a prime example for others to follow. She also suggested that business leaders at all levels should make it a priority to “extend their privilege” by advocating for and elevating female colleagues.

“As someone who’s been lucky to have a great career in tech, I know how creative and fulfilling a career in this industry can be for women,” she wrote. “And I want to make sure we continue to recruit and retain great female hires. As we work to improve our company cultures, I hope next year we hear a different story in Silicon Valley, one about greater diversity making the tech industry even stronger and more innovative.” 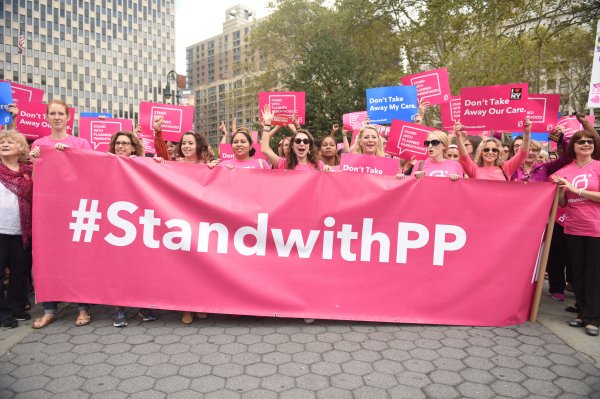 74 Tech Leaders Stand With Planned Parenthood in Letter to Congress
Next Up: Editor's Pick