74 Tech Leaders Stand With Planned Parenthood in Letter to Congress

More than 70 tech leaders and executives sent a letter to Congressional leadership in support of Planned Parenthood amid efforts by Republicans to cut funding for the women’s health care provider.

“There is no doubt that current congressional efforts to cut off access to this essential health care provider would hurt women, their families, and the businesses they lead, work for, and support,” the letter, published on a Planned Parenthood site, reads.

“When policymakers in Washington, DC, talk about ‘defunding’ Planned Parenthood, they are talking about dismantling access to basic health care in communities across the country, and stopping progress in its tracks,” the letter says.

“We are committed to supporting their ability to build on this important work and, above all, we are connected to Planned Parenthood’s mission which so closely resembles what we stand for as leaders in technology: creating opportunity for everyone to chart their own path in life and pursue their own ingenuity – without barriers or fear,” the letter continues. 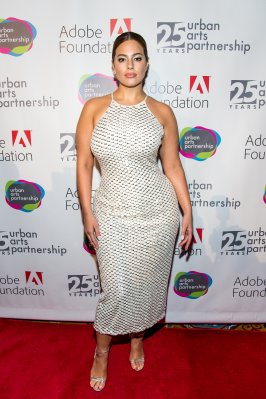 Ashley Graham Does Daily Affirmations and They're Pretty Awesome
Next Up: Editor's Pick